Again releasing alongside the movie The Amazing Spider-Man 2 is an action adventure title with open world elements that draws on the franchise and has some loose connections to the film which shares the same name. 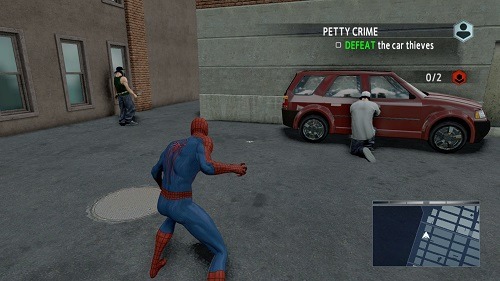 Your The Amazing Spider-Man 2 adventure follows along with Peter Parker as he hunts down the serial killer known as Carnage Killer while also dealing with the threats of cross-species experiments and the notorious Kingpin character who rises up to fill the power vacuum in the city amongst other evil villains. With the constant changing of villains throughout the plot the The Amazing Spider-Man 2 lacks that coherent and interesting story that fans would love to see their favourite super hero in.

Gameplay in the The Amazing Spider-Man 2 borrows heavily from the original allowing players to explore the open world setting of Manhattan although the size and detail of the world has expanded to ensure it isn’t a simple repeat. Just like the original game much of the excitement comes from swinging from building to building with your web abilities which has been enhanced to be more realistic as it now requires an object to attach onto.

These web abilities will also serve you well in combat whether in the stealth orientated sequences or all out brawls which are heavily reliant on dodging attacks (based on your spider senses) and mashing buttons to do away with enemies. While the web based skills add a bit of depth here it’s quite limiting in terms of actual tactic requirements, mostly due to the shamefully weak AI that lets you button mash your way to victory with ease. 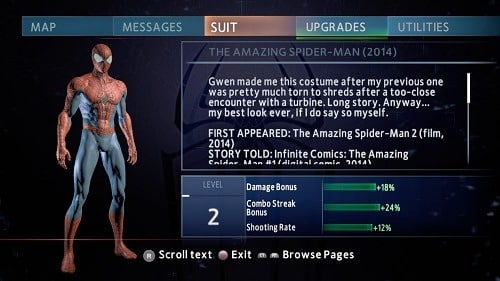 Outside of the main story players can take on side missions to unlock backstory, new costumes and make upgrades to your web shooting abilities, these upgrades can play an important role against the tougher enemies in particularly for players who don’t favour stealth.

While all the elements for an impressive Spider-Man game are there The Amazing Spider-Man 2 falls short of expectations due to the mismatched plot, dull story telling segments and an overall average level of combat that needs little more than button mashing to progress.

Games Finder is a Steam Curator and featured in the aggregate review scores data of MobyGames and Neoseeker.
FEATURED ON
Games Like Grand Theft Auto, Games Like Infamous, Games Like Prototype, Games Like Saints Row, Games Like Sleeping Dogs
LEAVE A REPLY Cancel Reply