Leaning on the Spider-Man franchise to create an action-adventure title, The Amazing Spider-Man shares the name with the 2012 film. While available on a large range of platforms the Nintendo 3DS, DS and Wii version offer a more linear experience than the other available platforms. 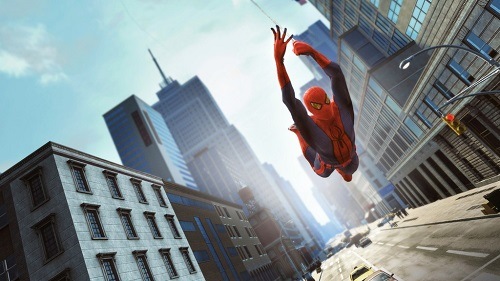 Taking place only a few months after the film of the same name the game follows Peter Parker and Gwen Stacy who investigate Oscorp after suspecting that experiments are continuing. These suspicions are quickly proved to be true as a cross species virus is released and threatens to spread into the city.

With this threat setup The Amazing Spider-Man offers free roam and open world gameplay on the PC and console versions. Outside of these platforms you’ll still share the same story and plot but instead jump between the world by selecting areas from an overworld hub.

While exploring the city in free roam you’ll be able to use your web to fly across the city, uncover random missions, secret items (such as comic book covers) and game currency to help you improve your spider abilities. Combat itself is similar to the Batman series of games with a focus on freeflow fights involving heavy melee and counterattacks. It manages to do its job but never quite reaches the same impressive level as the Batman games due to Spider-Man’s more limited arsenal of gadgets. 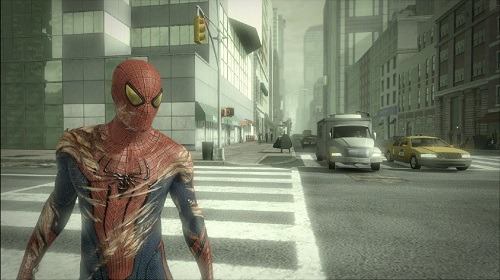 As players take more damage they will see this reflected across Spider-Man’s suit which can be repaired by moving into safehouses across the map. Players can unlock a large range of suits throughout the story by locating different spider symbols spread across New York or by completing specific missions in the Nintendo game versions.

Ideal for the fan of Spider-Man games and the franchise and in general the first Amazing Spider-Man game captures that feeling of flying around New York city and prevents the game from becoming overly dull with an enjoyable storyline. If you’re not playing to feel like Spider-Man though you’ll find better alternatives elsewhere.