Enter the world of the Vikings in The Banner Saga an experience filled with deep story and tactical role playing elements as you lead your own caravan through a range of trials in order to survive the harsh environment and a harsher enemy. With vital decisions falling to you as the leader players have the ability to guide the direction of their caravan as they cross the unforgiving lands. 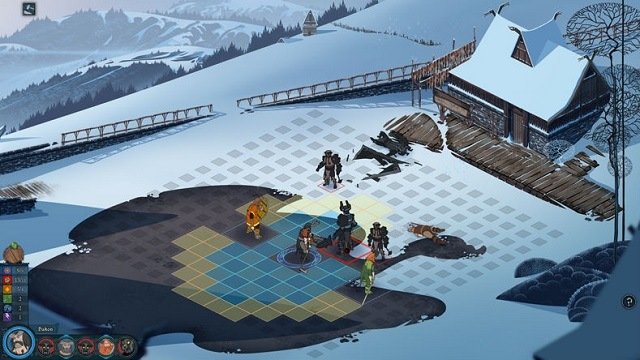 The story in this Viking fantasy follows the adventures of your caravan as you try to survive attacks from the Dredge, a race that seeks war and despises the human race that was long thought to be extinct. Travelling through the fictional world that draws from Norse mythology players will swap between two main characters who have an eventual merging storyline although is impacted by the decisions that you make throughout your journey. In addition to humans and the Dredge the giant-like Varls also inhabit the world who ally with humans against their shared foe although have a complex past relationship.

Central to this Banner Saga story is the attempts to find the weakness of Bellower who is the fearless and invincible leader of the Dredge. With the world having recently become stuck in a strange perpetual twilight as the sun has stopped moving serving as a potential omen to start the final war. Split across 3 parts this 22 chapter epic explores the initiation of the Third Great War, the fleeing caravan to the safety of the Walls of Arberrang and the final battles against the Dredge siege. 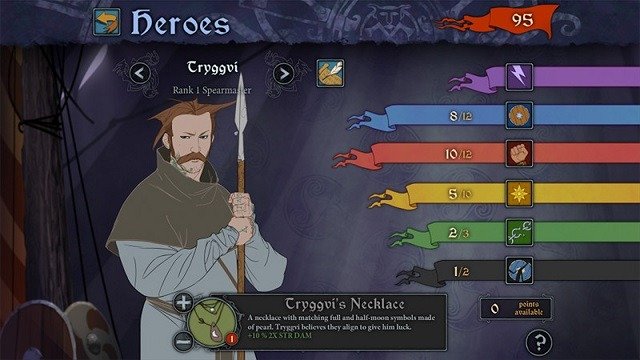 In terms of gameplay this sees players going through a number of story sequences where you’ll make minor and major decisions that impact your next steps and advance through the chapters. When you aren’t making life or death decisions involving your caravan or watching it move across the landscape you’ll engage in turn based combat with your hand picked characters that each bring unique abilities to complement each other as you fight Dredge and other foes.

While The Banner Saga features a potent story the tactical turn based combat is equally potent with a large number of potential base classes with their own mechanics that can be promoted for additional power. Fundamental to each unit is their size on the gameboard, movement range and attack range which are then paired with five stats of armour, strength, willpower, exertion, break. Most characters also come equipped with passive and active abilities that further define their playstyle to support them or their allies in battle. 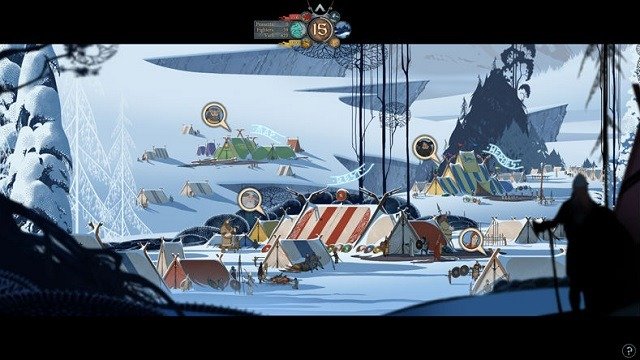 Through base archetypes such as  archers, raiders, warriors, shieldbangers and spearman you’ll formulate your battlefield strategy. Taking the spearman for example you’ll find they have a 1×1 tile footprint as a human character which enables them a solid 4 movement range with an attack range of up to 2 with their long spears. With their passive Embolden ability that grants 1 willpower bonus to themselves and allies nearby when they secure a kill which improves their general fighting and movement abilities. For comparison the shieldbanger is a Varl fighter with a movement range of 3 who has the ability to take away armour of melee enemies that hit them with their Return the Favour passive.

How you mix and match the available classes and utilise their skills is ultimately up to players in the The Banner Saga although a number of hero characters are woven into the story unfolding that makes the permanent character death a multi layered painful experience. To avoid these deaths you’ll have to rely on carefully designed strategy in the tactical combat portion of the game but also have to successfully manage your caravan across the frozen land. This ranges from population, supply and morale management with plenty of random events thrown into the mix to test your resolve.

Games Finder is a Steam Curator and featured in the aggregate review scores data of MobyGames and Neoseeker.
FEATURED ON
Games Like Advance Wars, Games Like Fire Emblem, Games Like This War of Mine, Games Like XCOM
1 COMMENTS
LEAVE A REPLY Cancel Reply