The Binding of Isaac was designed by Edmund McMillen and offers a bizarre action adventure game that is incredibly fun and addicting while also hitting many other check boxes. The game is available through Steam and was released in 2011. 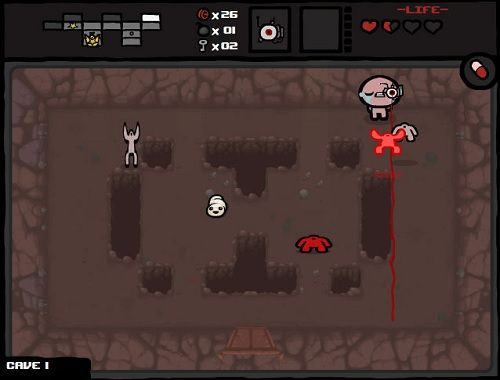 In The Binding of Isaac you take on the role of Isaac with the ability to eventually unlock several other playable characters. Isaac flees to the basement after his mother receives a message from God demanding that he be sacrificed.

What you find down in the basement though is definitely not what you were expecting, in the basement you encounter a number of enemies, bosses and eventually your own mother. As you advance down further into the basement enemies change and you slowly reveal more about Isaac’s relationship with his mother (mostly through loading points within the game). After you’ve completed the game you can receive one of over a dozen endings.

The game uses simple 2D graphics with players controlling Isaac from a top perspective while also incorporating other mechanics from popular dungeon adventures. A particularly attractive feature of the game is the randomly generated dungeon layouts that players will explore meaning no two experiences in the game are the same which encourages multiplayer playthroughs of the game.

As you explore the various rooms you will collect money from fallen enemies to upgrade your equipment and increase your survival chances. Exploration also rewards you with new weapons and power ups that can change the way you approach enemies dramatically. 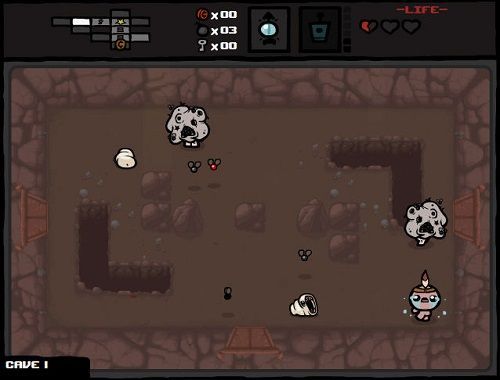 Once you’ve finished the core gameplay experience the game also has a DLC package available (Wrath of the Lamb) which adds even more to the game. The expansion adds a crazy amount of content and is available for a bargain price making it a must buy on top of the core game. Content additions include new items, bosses, enemies, achievements, characters, rooms and additional music.

If you want something with a Zelda feel, the quirky adventure of The Binding of Isaac might be your saving grace.

This review was first published on September 3, 2014. Read our update policy to learn more.

Games Finder is a Steam Curator and featured in the aggregate review scores data of MobyGames and Neoseeker.
FEATURED ON
Games Like Castle Crashers, Games Like FTL: Faster Than Light, Games Like Risk of Rain, Games Like Spelunky, Games Like Zenonia
LEAVE A REPLY Cancel Reply

The Binding of Isaac