The Blockheads is a free game for your iOS device that offers a 2D sandbox experience. The game takes place in a 2D block based game world and even supports multiplayer. The game is developed by Majic Jungle Software. 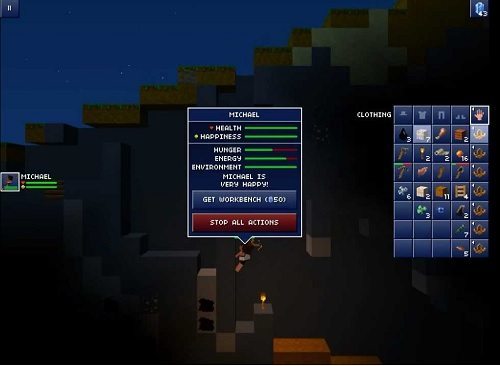 In The Blockheads you can explore the vast game world, dig out blocks and craft a large number of tools. Unlike other games that shine on the iPad, The Blockheads manages to offer great gameplay on the smaller iPhone with a streamlined interface and simple controls.

The Blockheads packs plenty of features into it with a weather system, caves, biome variety, randomised worlds, a needs system, plants, animals, boats and so much more. This definitely isn’t your standard Minecraft inspired clone by any means and offers gameplay that lets it stand out as its own unique game experience.

In the game your Blockhead will have a variety of needs which you must aim to satisfy. These needs can include obvious ones like hunger and sleep but also include environmental factors (weather, time, biome). This feature helps attach you to the game since you’ll think of your avatar as more of a living person rather than just the way you interact with the game world.

The most unique feature that sets it apart is the ability to control multiple characters in the game world. Once you advance your game to a certain point you’ll be able to add additional Blockheads which you can use to explore locations away from home without leaving your crops to die. 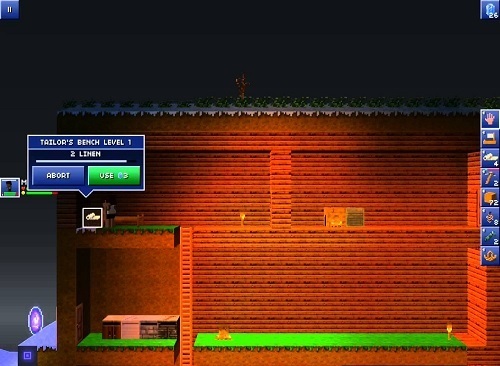 So you might be asking yourself if the game is free how do the developers expect to make money? Crafting anything in the game world takes time and while your early crafting needs will only take a couple of seconds or a minute but later advances slowly take more and more time to complete. To bypass this completion time you can purchase Crystals to complete crafting instantly. The time balance definitely isn’t unfair though and you won’t notice it till you are far into your game which is a lot better than most freemium style experiences.

Fans of Minecraft and similar games would be kidding themselves to not pick up this game, the content is well presented with plenty to do and the price tag can’t get any lower.

Games Finder is a Steam Curator and featured in the aggregate review scores data of MobyGames and Neoseeker.
FEATURED ON
Games Like Growtopia, Games Like Terraria
6 COMMENTS
LEAVE A REPLY Cancel Reply