The Chronicles of Riddick: Assault on Dark Athena blends sci-fi and stealth in this remake of Escape from Butcher Bay for newer consoles. This means improved graphics, more challenging AI and an expanded storyline. 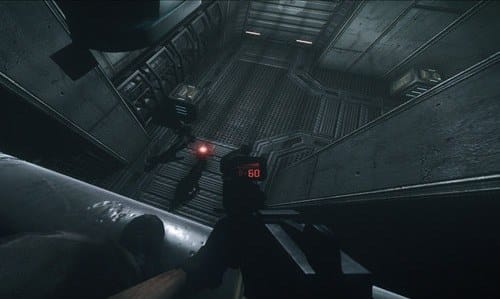 Played from a first person perspective just like the original players control Riddick during the whole Butcher Bay prison escape. For the most part this is exactly the same game as the first release with players completing numerous quests from various NPCs as they try to also escape from the prison once and for all. For those that have already experienced this story the new AI does ensure enough of a fresh challenge.

After you’re done with the original game players will than explore the extra content that this remake has to offer in the form of a story aboard the mercenary ship, Dark Athena.

Both the original story and this new story arc that players will get to experience offer similar gameplay. Early on in both games in particular players will find the game is very stealth orientated as players lie low and try to take out enemies using either their fists or knife attacks. 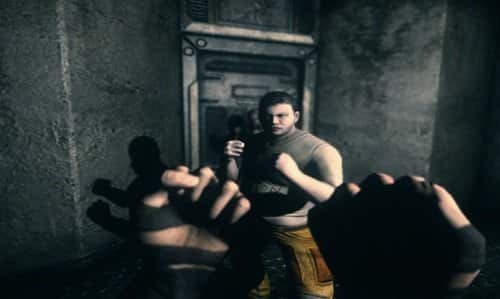 Gameplay does slowly evolve to include more action combat through weapons (especially in the Dark Athena story arc) which are slowly gained and also gives Riddick the opportunity to use his built in night vision. Players won’t find any heads up display in The Chronicles of Riddick which instead requires players players to follow on screen cues instead for game information.

The Chronicles of Riddick: Assault on Dark Athena is a great buy for fans of the original Butcher Bay, those that love the Riddick story or those looking for a game that blends action with a healthy dose of stealth.

Games Finder is a Steam Curator and featured in the aggregate review scores data of MobyGames and Neoseeker.
FEATURED ON
Games Like Half Life, Games Like Splinter Cell
LEAVE A REPLY Cancel Reply

The Chronicles of Riddick: Assault on Dark Athena