The Creeps! follows a classic tower defence style but brings its own unique charm to gameplay on both iOS and Android devices. For those seeking a tower defence challenge with charm and dozens of game levels The Creeps! lets players summon an array of towers as you battle all sorts of fantasy monsters. Note that while The Creeps! is free to download accessing all game levels will require in app purchases.

Tower defence games are perfect for mobile devices and are regularly featured in the top sections of the respective app stores for their accessibility and level design which makes them perfect for casual phone gaming. The Creeps! is no exception to this offering a solid tower defence game that starts simple and grows in complexity as you progress. 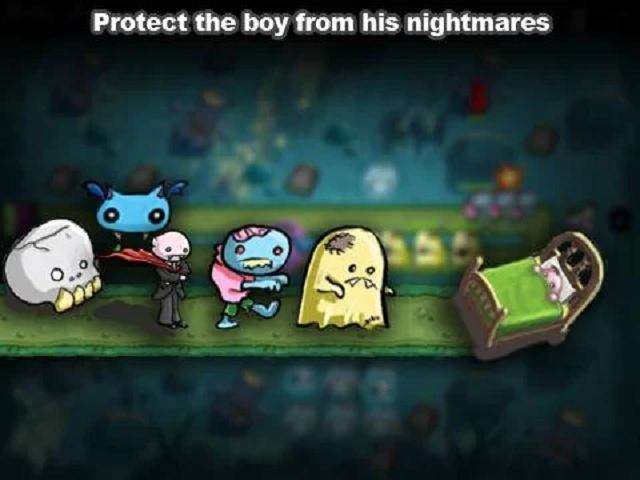 Fans of the genre will quickly jump into an old rhythm and newcomers won’t have any trouble grasping the game mechanics either thanks to the slow build up in difficulty that not all other puzzles games get quite right. Gameplay involves the standard path from A to B with monsters attempting to get from one to the other while you build your available towers along the path that they follow. In the case of The Creeps! you’ll fight of waves of monsters that come from your closet as they attempt to reach you in your bed. Staying on theme the only things you have to protect yourself are items scattered around your bedroom.

This setting creates some fun towers for players to build including glue bottles, boomerangs, flashlights, shuriken and your staple tower the toy blaster which is the cheapest tower you can build and a general all rounder option. These towers slowly unlock as you advance through the game and can also be upgraded in each level if you need some extra power to deal with the pesky closet monsters from the coins that each drops when defeated with changing visual designs for players to keep track of their upgraded towers. 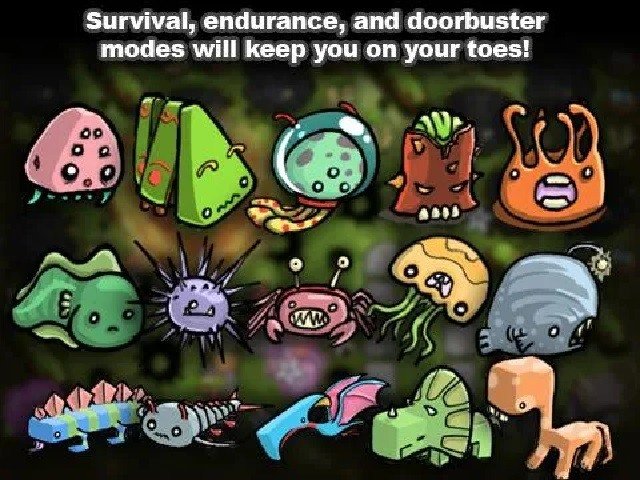 With 6 towers in total there is no shortage of available strategy options although there is a lack of branching upgrade paths that some other games in the genre have used successfully. Regardless the strategy is still there as you decide where best to use your slowing glue tower or the shuriken tower that has a piercing attack.

Other familiar mechanics of tower defence titles are also present in The Creeps! with opportunities to increase the game speed, select from three difficulty levels, a limited number of lives and active mega tower powers (oil to slow all enemies in this case) included as part of the core gameplay. 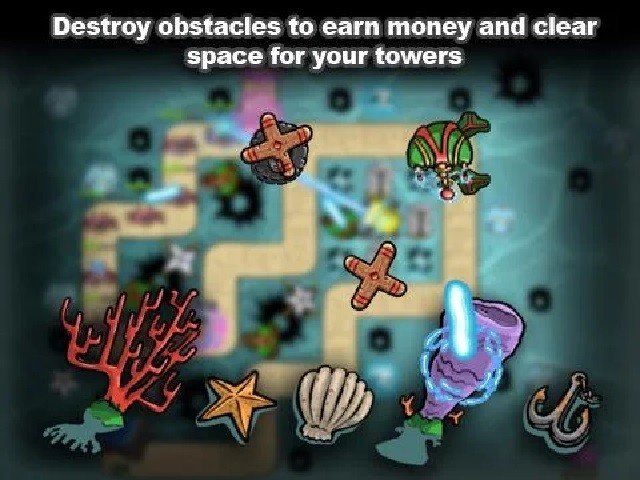 In addition The Creeps! introduces a number of obstructions into levels that limit your tower placement initially. These obstructions can be destroyed using your towers if commanded to do so but you have to carefully manage that with taking out enemy waves which makes levels more engaging as a whole compared to tower defence titles that have the entire game area available for towers right from the start.

The second interesting gameplay twist that The Creeps! offers is the Door Buster game mode where players have to destroy the closet door to win the level. At the start of these levels though your severely limited by obstructions and must slowly move closer to the closet door to win. Ultimately it is both of these unique elements that make The Creeps! an outstandingly enjoyable title that helps to differentiate itself from others in the same genre.