The Darkness II is a psychological horror adventure that blends first person shooter gameplay with some simple RPG elements of a dark theme. The Darkness II launched in early 2012 on PC and consoles marking five years after the success of the first games blend of dark action.

Like the original players will again be taking control of Jackie Estacado, this time around though he’s become the leader of the Franchetti crime family giving him a new perspective and control over the city. Jackie still has the power of the Darkness within him though although he has managed to suppress its power over time with careful focus. After being attacked by a rival gang Jackie gives into the darkness once more though to save his life and this is just the start of your psychological experience as it once again begins to dominate his thoughts and provides him immense power in the process. 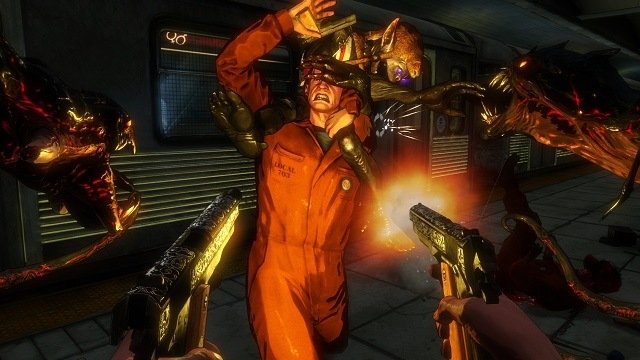 In terms of gameplay Darkness II plays similar to the first game with Jackie having the ability to summon the powers of the Darkness alongside more traditional FPS gameplay. These powers offer great variety and slowly develop throughout the game which opens up plenty of options to players when dealing with enemies.

Your dark powers do have restrictions though, with well lit areas preventing you from using them at their full potential which encourages players to carefully position or drag enemies towards the shadows for maximum carnage. If this is not possible players will have to rely on your traditional weapons instead which can also be used to destroy light sources in the area or take out enemies directly to your preference. 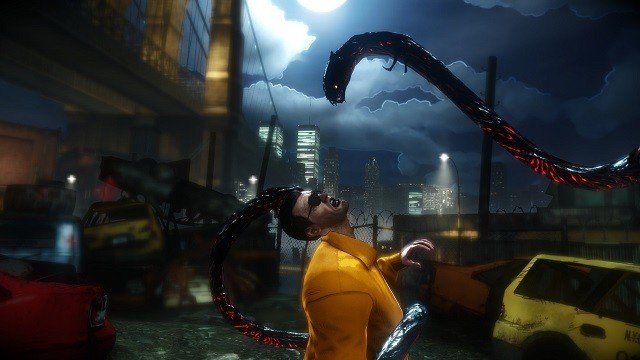 Essence points are the primary currency when it comes to unlocking and strengthening these dark powers and are accumulated overtime for typical in game actions such as killing enemies, taking down bosses, destroying lights in the environment, finding relics and performing dark acts (execution or heart eating) on your enemies. Bonus points are also awarded for particular actions or sequences such as headshots doubling the experience earned from kills.

Spending these essence points is performed through a traditional skill tree structure which offers 4 pathways of guns, demonic, execution and swarm/channelling to invest in. Given the limited points players cannot be a jack of all trades though encouraging investment down 2 key skill trees to unlock the most powerful abilities of the trees. In terms of guns The Darkness II lacks the same diversity with a small pool of pistols, shotguns and assault rifles to utilise. 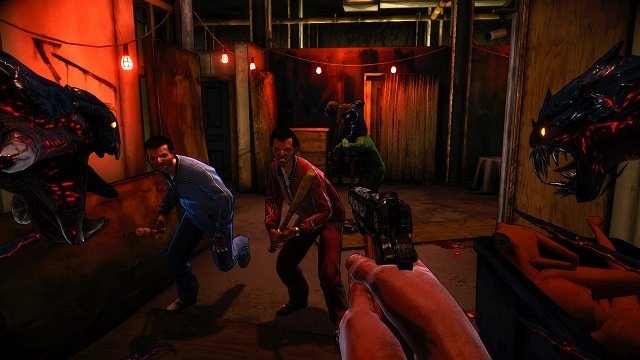 Many of these aspects are lifted from the original game but The Darkness II does introduce some new elements to the Darkness franchise though such as the quad wielding technique that lets Jackie combine dark tendrils and firearms to turn you into the ultimate destructive force provided you invest enough of your hard earned essence.

On top of the core single player focused campaign players have the option to co-operatively tackle a Vendetta campaign with support for up to four players to group together online. Players assume the role of hitmen working on behalf of Jackie in this mode so it isn’t as exciting as the core campaign in terms of dark powers unfortunately. Alternatively, players wanting to continue their dark crusade can restart the adventure through new game plus mode.

Games Finder is a Steam Curator and featured in the aggregate review scores data of MobyGames and Neoseeker.
FEATURED ON
Games Like BioShock, Games Like Dead Space, Games Like Infamous, Games Like Prototype
LEAVE A REPLY Cancel Reply