In The Endless Forest players can explore a beautiful and peaceful game world as a deer while encountering and interacting with other players. The game is available as a free to play adventure through a small downloadable Windows client and while it lacks overarching goals or objectives The Endless Forest is a relaxing sandbox style experience. While it doesn’t support speech or text players are able to communicate through the Forest Action system which lets players complete basic actions to communicate and results in the game being in a genre of its own with this unique, interesting and intriguing approach to gameplay. 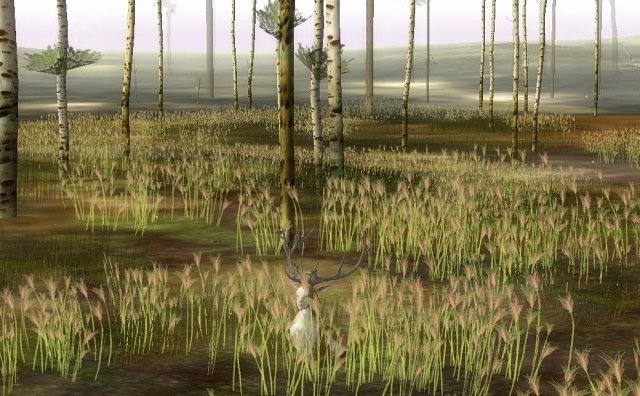 After registering an account and downloading the game software players will be able to enter the game world as a simple fawn and over time (based on real time) will be able to mature into a larger deer. It’s the small realistic touches like this that make The Endless Forest such a unique adventure with the most notably being the lack of ability to communicate with written language with other deer. This also ties in closely to the initial customisation of your deer where not only do you have some visual choices but you have the opportunity to select a random symbol that represents your deer character.

Floating above your head and between your antlers this pictogram comes from an invented language and while it has no meaning in the real world helps you identify players that you’ve met before provided you have remembered their symbol and broader deer look. This symbol is only available to registered players while guests will not have this symbol and be unable to participate in all the game mechanics. 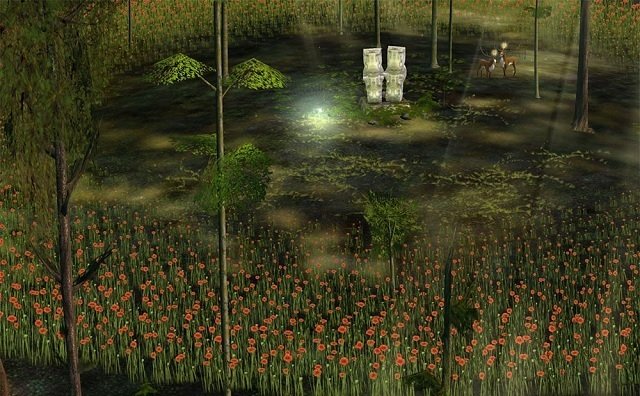 With The Endless Forest lacking goals or even the ability to talk to other players, the experience is all about simulating what life would be like living as a deer in a peaceful environment. When alone this means you’ll explore, eat, jump, rub against a tree and drink from the various locations or take a nap on the grass. When others are sharing this environment most of your gameplay centres around the interactions you’ll have with others which is only performed through sound and body language. As a result activities are fairly straight forward and sees players swimming, dancing, showing affection or playing tag with other deer that they encounter. All of these are supported by a dozen emotions and motions that you can make that allow you to react with laughter, anger and signal a yes or no with your head.

While you start in the First Forest players will eventually progress to other locations such as the Birch Forest, The Ruin, the Pond, the Old Oak, the Playground and the De Drinkplaats that each have their own biome specific designs. From the butterflies of the First Forest to the birch trees of the Birch Forest or the abandoned quarry that serves as the Playground each of these serves as player landmarks to meet up with other characters. 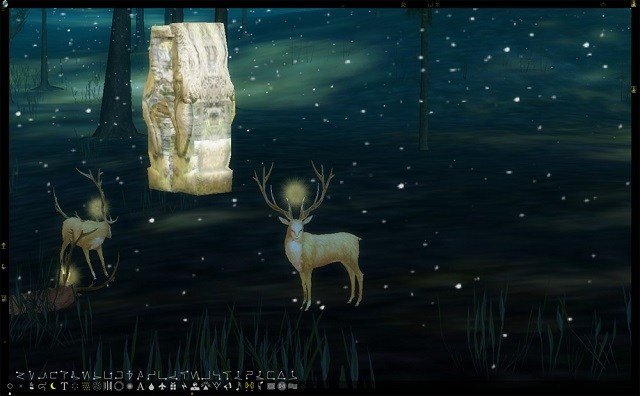 On top of all of this The Forest utilises a Forest Magic system for registered players with a symbol that lets players change the appearance of deer around them. Modifying antlers, masks, pelt or creating a complete shapeshift provide another fun interaction when other players are near. While these are permanent to fully grown deer the magic will dissipate over time on fawns. Fully grown deer can reset their character though by swimming the pond that removes all enhancements.

If you want something that promises a different MMO experience or want a game that lets you play as an animal then The Endless Forest is an enjoyable and unique adventure. While it doesn’t offer much room for long term depth it can be enjoyable in small bursts as you explore what the game world has to offer.