The Ensign serves as the prequel to the classic text based adventure known as A Dark Room from the same developer (Amirali Rajan). Using a similar text approach, ASCII characters for map exploration and mystery the game is an iOS title that is a fitting prequel although doesn’t quite reach the same level of depth as A Dark Room. 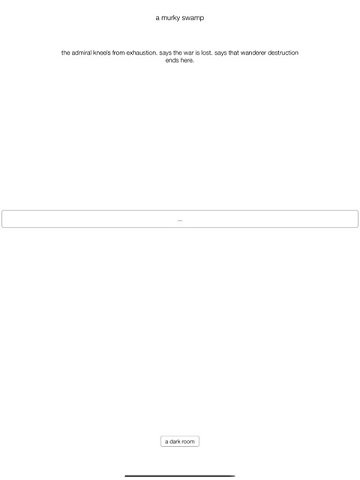 Set within an unnamed planet players step into the role of an alien who belongs the species known only as the Wanderers who have long been travelling the stars. A species known for their aggressive conquests of other planets they now find themselves losing the war on their latest planet that they intended to conquer despite having the overwhelming technological advantage. This planet happens to be home to the human race who despite being at a steep disadvantage when it comes to technology have proven to be resilient against invasion and show no signs of failing.

Your mission in Ensign begins as you lay next to a wounded admiral also of the Wanderers race after a crash landing on the planet. Leaving this admiral behind to meet his peace due to the heavy injuries sustained in the crash you begin searching for one your fallen ship in the area which will see you escape the planet provided you can repair it during your Ensign adventure. At the end of this adventure players will be able to escape the planet with their repaired vessel which leads into the events of A Dark Room. 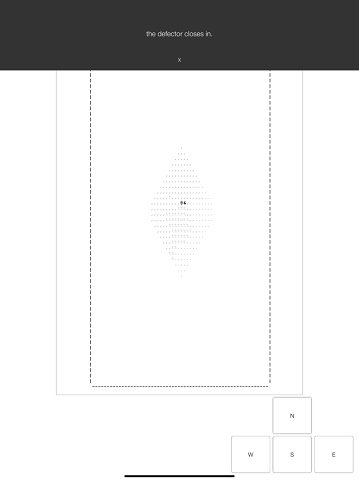 This journey is made significantly more difficult as players only have a single life to do so, making the experience a rogue like title with each death requiring you to start your adventure from step one although you’ll have greater knowledge to succeed. To prevent these restarts from being an exact repeat though the design of Ensign ensures there is a number of random encounters that each attempt has some unique elements.

From the items you’ll find along the way to assist with your mission to the locations of enemies each of these are randomised with each new game after failing. Actual moment to moment gameplay in Ensign is text based with characters, terrain and objects represented by symbols and letters on the game map for players to consider and make their next move. 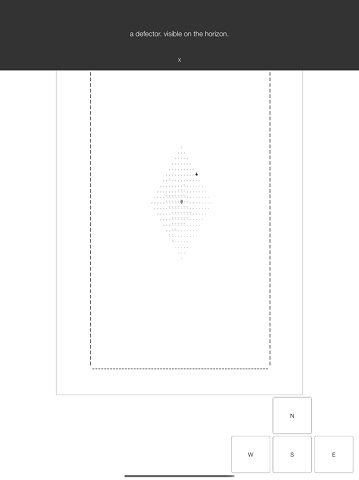 While on the map screen players can guide their character in one of four directions while also checking their character status. Water and food are vital resources in managing this status and need to be scavenged from the environment with players dying if their water status reaches 0 while food is used to recover damage taken from the environment and battle. Your main source of scavenging is the houses scattered around the world which can also hide weapons and opponents which is a risk players cannot avoid taking. When enemies are encountered the combat of Ensign uses a simple mechanic with attacks on short cooldowns.

Games Finder is a Steam Curator and featured in the aggregate review scores data of MobyGames and Neoseeker.
FEATURED ON
Games Like A Dark Room, Games Like Candy Box
LEAVE A REPLY Cancel Reply