The Evil Within (Pyscho Break in Japan) takes the survival horror genre into a whole new gruesome level with a third person adventure requiring you to scavenge for suppliers and pick your fights carefully to survive. 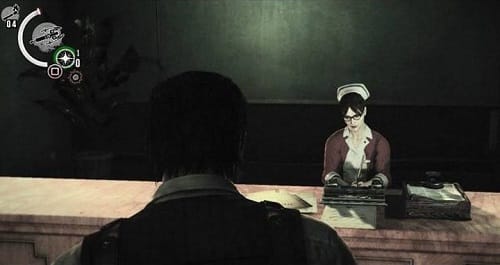 Players step into the game world as Sebastian Castellanos a veteran detective for the police as he is haunted by a cloaked figure with a variety of powers. As the story unfolds you’ll experience a psychological thriller that deals primarily with the human psyche. While weapons are available to players, limited ammunition and tough enemies often encourage a stealth strategy over a combat orientated one.

Much of the game is spent scavenging the environments for medical items, weapons and other equipment while players begin to piece together the story. In addition to item upgrades players will be able improve their stats from ammo carry capacity to health and much more. The upgrades on offer in The Evil Within bring enough variety to the table that you can cater upgrades towards you’re preferred style.

These styles can range from focusing on sneak attacks from behind, using throwable objects to distract enemies or brawling with enemies. All strategies can definitely work in The Evil Within thanks to the games design although players will have to employ each strategy at some point in their playthrough. 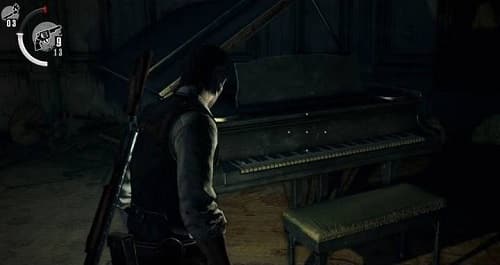 While your arsenal will slowly improve during a playthrough from a simple pistol to a shotgun and even crossbow you’ll find that the enemies get more aggressive and increase in potency as well. This is combined with very scarce ammunition to keep players on their toes in all situations. Like other games in the genre careful exploration can often be very rewarding.

If you’re after a game of stealth and scares The Evil Within offers plenty of both and is guaranteed to keep you on the edge with its gruesome gameplay.