Borrowing from the vast lore and mythology of Van Helsing and turning it into a game franchise is Neocore Games with their appropriately titled series, The Incredible Adventures of Van Helsing. Announced in 2012 through a number of gameplay and teaser trailers that depicted dark magic, terrifying vampires and a strong gothic influence the game officially launched in 2013 for the PC market later joining consoles in 2015 (Xbox One) and 2017 (PS4) respectively.

Promising a mechanically refined real-time action RPG with a vast game world of gothic noir styling, a heroic story of one demon slaying character and an array of sarcastic humour The Incredible Adventures of Van Helsing was well received on release thanks to the sea of gamers seeking a dark and gritty experience akin to the Diablo franchise. 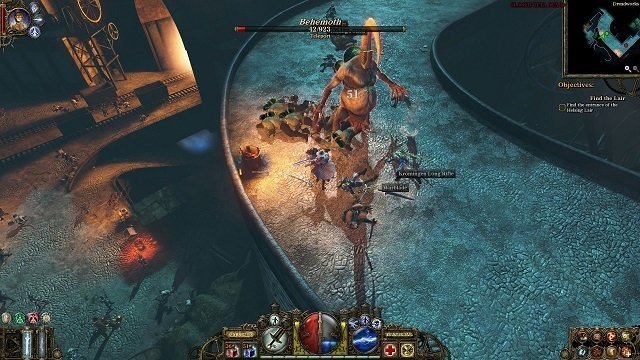 While not the first to seek such a game experience the Van Helsing lore is a valuable asset to the franchise with the an array of story and background to draw inspiration from. In time the The Incredible Adventures of Van Helsing world would be expanded with a sequel in 2014 and a trilogy ending game in 2015 with all of these games and DLCs combined into an alternative version of the games called “The Final Cut“. Note that the information included on this page by Games Finder is in reference to the base first game only as The Final Cut alters the entire game flow and character classes available.

Set deep within a 19th century gothic society reminiscent of Europe during the same time period players put on the boots and wide brimmed hat of the son of Van Helsing and wander the countryside fulfilling the legacy of their father as they dispatch all sorts of horrific creatures from the capital city, Borgova. To assist players in their quest for extermination they’ll be able to call on powerful weapons and magic that are both bolstered with strange steampunk inspired technology. Your ghostly companion Lady Katarina also joins you on your quest providing insights and assistance in battles with further companions available through the co-operative multiplayer. 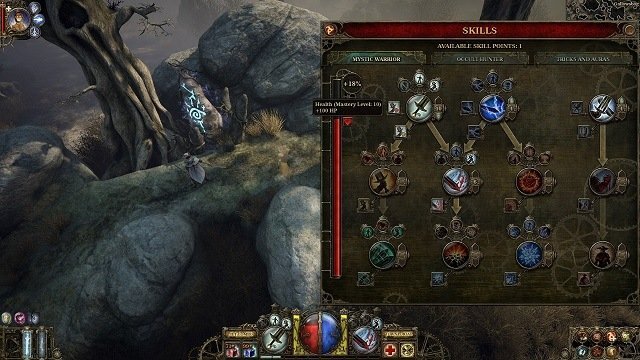 To start exploring the unique city of Borgova players will be prompted to first select their intended difficultly level (casual, normal, hard or heroic) along with one of the three available classes being the Hunter, Thaumaturge (DLC) and Arcane Mechanic (DLC) which come with their own visual elements, skills and starting statistics. The Incredible Adventures of Van Helsing employs a fairly straight forward 4 stat approach to attributes which covers Body, Dexterity, Wisdom and Luck which start at different levels based on your class selection.

Borrowing from popular action RPGs of the time you’ll be able to place 5 points into any of these as you level up allowing you to increase your melee damage and survivability (Body), buff ranged damage and dodge chance (Dexterity), boost spell power and your mana pool (Wisdom) or improve critical damage and loot (Luck). Ultimately the attributes you select will need to tie in closely to your starting class and your overall character build that you intend to develop as you progress to the max level of 30. 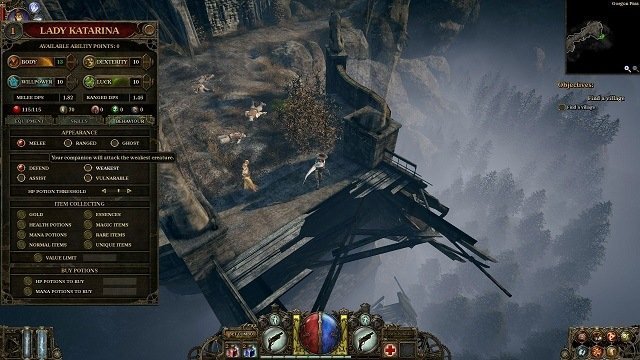 The Hunter has access to the 3 skill trees being Mystic Warrior (melee), Occult Hunter (ranged), Tricks and Auras (passive and active skills). While for the Thaumaturge and Arcane Mechanic the first two trees are replaced with their own special skill trees that feature character appropriate talents. Along with unlocking the base skill each comes with three power-ups that alter the skill entirely or provides a modification such as extra damage, duration or bonus effects. A mastery bonus is also available once a skill has reached a certain level that provides a similar modifier.

Further RPG elements are provided through a perk system with over 50 unique passive benefits that are unlocked as certain milestones and bosses are defeated to drive your character’s design towards your playstyle vision. While there is a vast range of depth available in skill and stat choice the most enjoyable aspect for many in the action RPG franchise is a well tuned loot system which The Incredible Adventures of Van Helsing also includes in its game mechanics. The loot system includes a decent pool of modifiers to find on items to push your builds even further in power although lacks the dramatic build defining unique items of other action RPGs. The Incredible Adventures of Van Helsing does however allow you to either find your loot from dead foes or craft it yourself to ensure you are adequately equipped. Lady Katarina will also require her own set of loot although she has a reduced number of item slots to manage compared to the player. 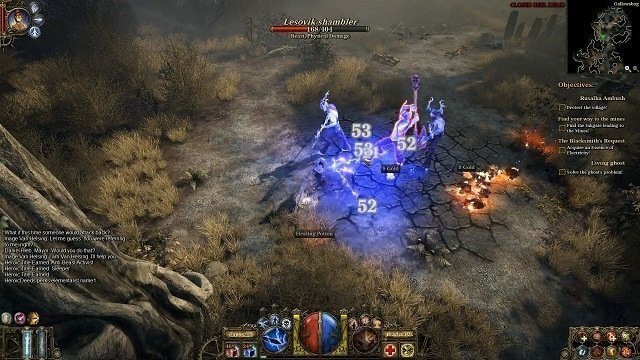 Other noteworthy elements of The Incredible Adventures of Van Helsing includes two well designed bosses with unique mechanics, a tower defence like mini game in the city of Borgova itself and a generally diverse cast of enemies with different combat tactics to ensure battles are fresh throughout.

The Incredible Adventures of Van Helsing is on the above average spectrum when it comes to the action RPG franchise but is not a perfect game by any means. Particularly in the area of replay value due to the lack of randomised game maps which means few players will want to repeat the experience for a second time. You’re also unlikely to experience the full 20hr odd adventure without being frustrated by the camera, UI or performance in general at multiple points in the game and in worst cases bugs that halt your progression entirely.

This review was first published on August 6, 2014. Read our update policy to learn more.

The Incredible Adventures of Van Helsing