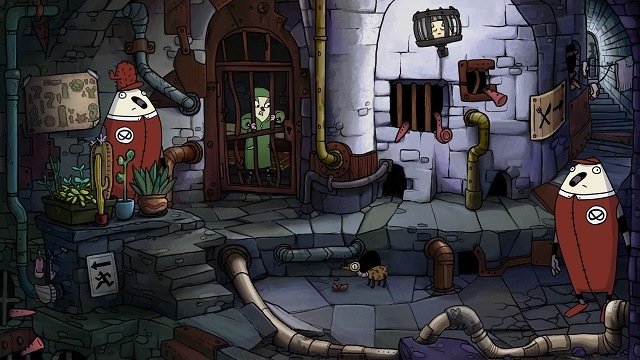 The game itself is actually a return to the world of Asposia which players may have previously explored in The Inner World which was released in 2013, approximately 4 years earlier. Those new the series though need not be left out with the story designed that this can be your first adventure into the strange world or your second. Meeting mostly the same cast as characters as before although with some new faces players set out solving the mystery of evilness laid out before them. Tied to the family of flute-noses that have maintained a watchful eye over Asposia for centuries to maintain its light and life before being uncovered and hunted.

The story before you in The Inner World – The Last Wind Monk though orientates itself around the search for last of the wind monks who use their flute noses to keep order and peace in the world despite being hunted down by an evil dictator, with clear inspiration from real world events like World War II. Overall it’s much darker than what players may have seen in the original while also offering a slightly more difficult puzzle challenges. 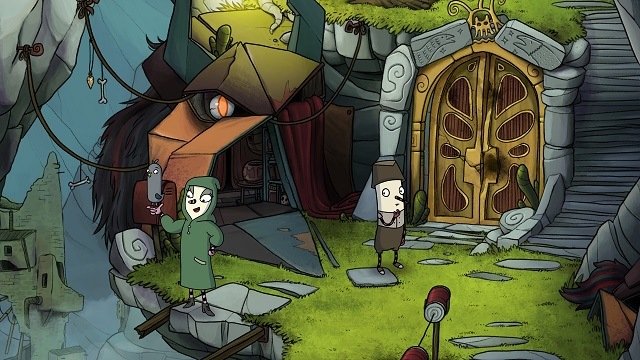 Robert returns to serve as the main avatar for your adventure in The Inner World – The Last Wind Monk with his curious and quirky style of exploration returning to form primarily an inventory based puzzle experience. Paired with his equally unusual pigeon sidekick known as Peck who cant fly and Laura a rebel and love interest of Robert you’ll have command of similar point and click mechanics to the original title as you explore the environment and interact with it in a number of ways to advance the story progress.

On the gameplay front players may often control several characters at once, be it Robert, Peck or Laura as they all play out their individual roles in the broader The Inner World – The Last Wind Monk storyline. Each will interact differently with objects in the environment such as Peck who does not have any hands to grab objects. Other reused puzzle mechanics as you adventure include being in separate locations to each other and sharing an inventory in a single map depending on the environmental inventory puzzle at hand. As the story progresses players will also learn to play a number of songs on their magic flute nose that can activate the ancient artefacts of the world. 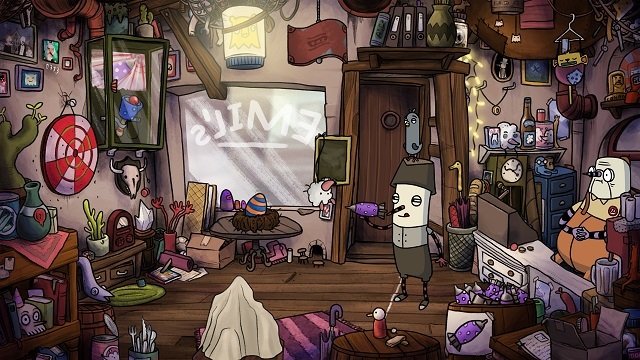 The challenge of these puzzles is fairly consistent from start to end with only a few missing the mark across the games chapters which spreads just into double digit hours. This length to completion also remains mostly static regardless of your puzzle knowledge through a multi tiered hint system that lets you control how much assistance you receive and ensures no gamer is left behind.

While a much darker game than the previous title the strong inventory puzzle fundamentals still carries The Inner World – The Last Wind Monk to be an impressive adventure title for a broad base of players with its flexible hint mechanics.

Games Finder is a Steam Curator and featured in the aggregate review scores data of MobyGames and Neoseeker.
FEATURED ON
Games Like Machinarium, Games Like Syberia, Games Like The Room
LEAVE A REPLY Cancel Reply