Marking the third box of party games, The Jackbox Party Pack 3 was released in late 2016 and builds on the first releases with enhanced games, new games and more functionality than previous packs you’ll be able to experience the game locally on Xbox, Switch, PlayStation and Windows/Mac/Linux as you attempt to outscore your friends. With new additions coming out regularly you’ll find all the Jackbox Party Packs offer a similar level of gameplay so consider browsing all of them and picking your favourite games prior to purchase. 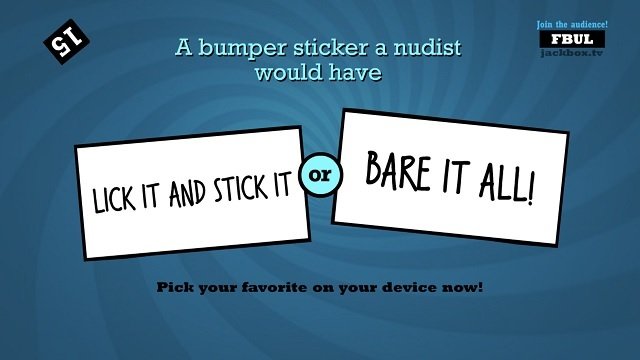 From a single game copy The Jackbox Party Pack 3 can be played using phones, tablets and computers for up to 8 players locally and also supports up to 10,000 audience members that can participate at a basic level (designed for streamers). The Jackbox Party Pack 3 offers up five core games; Quiplash 2, Trivia Murder Party, Guesspionage, Tee K.O. and Fakin’ It. While Trivia Murder Party can be played alone, Guesspionage requires 2 players while other games require 3 so there is little solo or 2 player content opportunities. Instead Jackbox Party Pack 3 as the name suggests is strongly focused on the party atmosphere.

Quiplash 2 builds on the original game and is based around players attempting to finish a statement in the funniest way possible. While this newer version is predominately about new prompts there are also extra features based around comic strips or word specific statements and has similarities to the popular Cards Against Humanity card game although more family friendly. 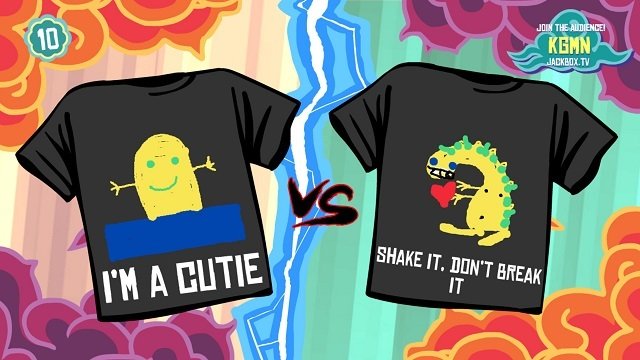 Guesspionage on the other hand has players guessing the percentage of people that either have something or have done something either from the audience members (if above 5) or surveys of the general population. Points are distributed based on how close players are to the actual percentage with the final round being similar to Family Feud with multiple options for players to pick out the most popular from the public surveys undertaken.

Trivia Murder Party is based around multiple choice trivia with points awarded for correct answers, players that don’t get answers correct are dropped into the killing floor mini games where they’ll have to rely on luck or pass a challenge to keep themselves alive which generates a range of situations and win conditions. Trivia Murder Party adds a nice little change of pace to your traditional trivia nights and the questions are generally split across your usual expected categories. 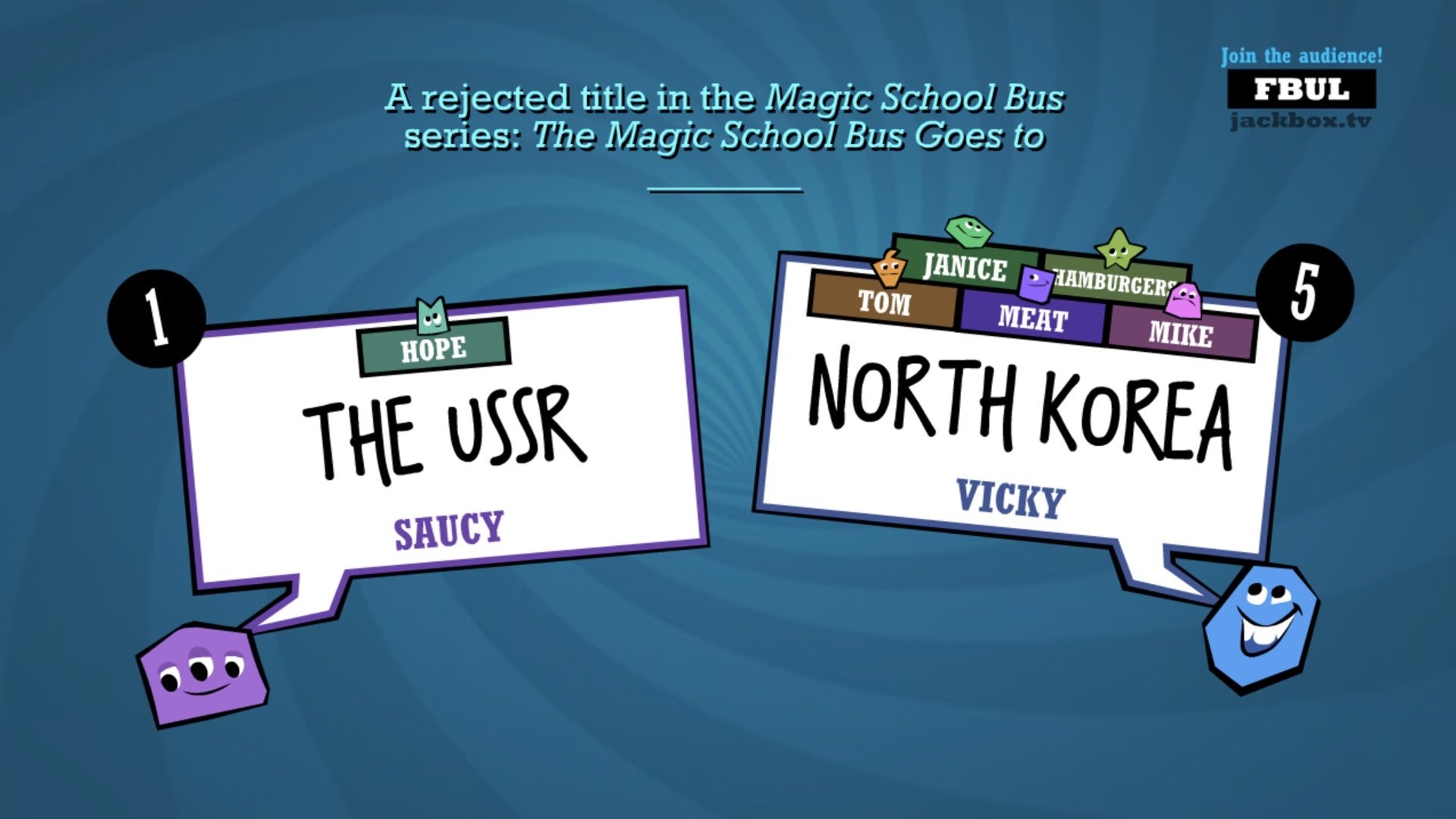 Tee K.O. is all about design skills with players creating drawings and slogans that are then handed out randomly and then required to be combined to make funny shirt combinations as each are paired off against each other with points for streaks and the final winning shirt. For those groups of friends that have creative jobs this is particularly satisfying although can be hit or miss otherwise due to the high reliance on creativity.

The final game mode is called Fakin’ It and requires players to deceive each other and plays similar to games like Town of Salem, Mafia and Werewolf where players must find a player among them based on answers to questions that they make. Only included in The Jackbox Party Pack 3 to date this is the ideal game for those groups of friends that like to outwit and outsmart each other.

This review was first published on January 16, 2015. Read our update policy to learn more.