The King of Fighters (KOF) XIV ditches the old 2D images and replaces them with spectacular 3D fighters (although you’ll still fight on a 2D arena). Launching on PS4 with a Windows port around a year later The King of Fighters continues it’s rise of popularity in the video game fighting genre. With this 3D shift your 50 fighters and the battle backgrounds in this KOF release look better than ever before although not quite to the quality of other fighting games that have used such 3D techniques for a few generations and had time to master them. 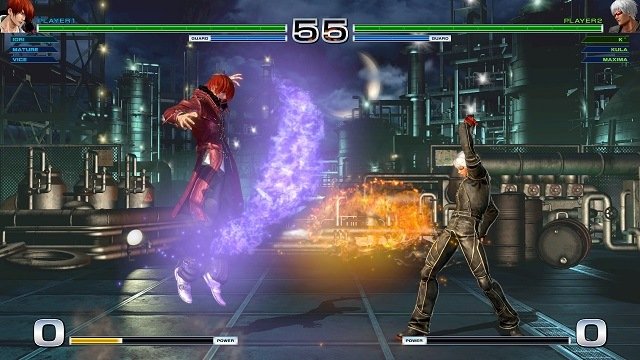 Achieving the story standards of most fighting games before it you’ll find yourself amidst a new a fresh KOF tournament. Opening with the introduction of the various women and men of the franchise you won’t see much else in terms of story until the ending cut-scenes, with only a handful of nonsense conversations in between your tournament fights.

That isn’t to say you won’t enjoy the story mode which does a great job of laying out the progression curve and letting you climb it one battle at a time it just lacks a meaningful setting underneath your melee fighting. The particular satisfying part of The King of Fighters XIV is that you’ll not only be making this journey with a single fighter but 3 providing more depth and variety. This also ensures that you’ll become accustomed to at least 3 of the 50 available fighters just by completing the story component which gives you a solid foundation to build on once you start exploring the other available modes. 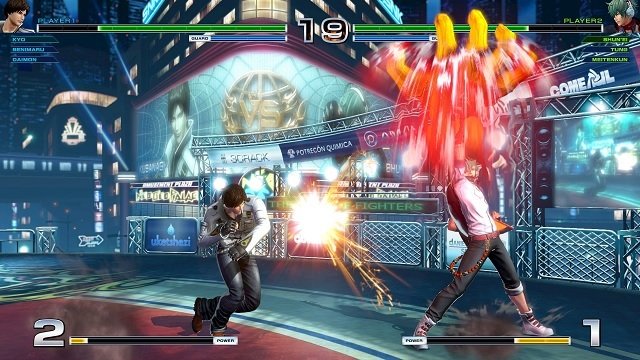 18 of these characters are entirely new to the KOF franchise but don’t reinvent the wheel, instead filling the gap between other character archetypes that return. Regardless of your selection your choice in commands are equally deep with multiple ways to jump, kick, punch and fire some projectiles at your opponent, most of which are combo driven, a traditional staple of KOF and the genre more broadly.

A staple that has been retired though is the Hyper Drive system and instead has been replaced with Max Mode from the earlier games which sees unlimited EX moves for a short period of time for dramatic bursts of power. This also ties into one of the three super moves each character possesses as it is only available in said mode and often the most powerful available to them. 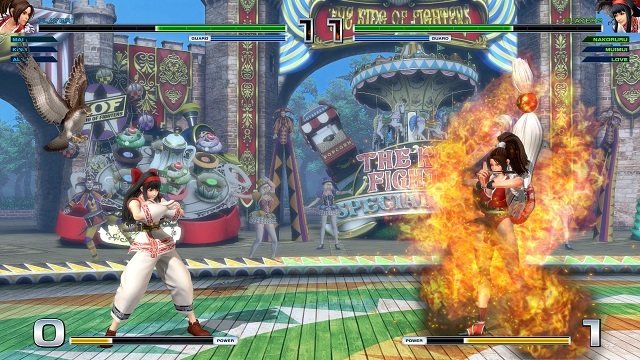 Despite the growing pains of going from 2D to 3D The King of Fighters XIV is still worthy of the franchise name and packed with a level of content few other KOF or fighting games live up to. While it might be a few generations of KOF 3D titles until it’s totally on par with the big names KOF still compares favourably to its own franchise.

The King of Fighters XIV