With action-adventure gameplay, a strong bond with a strange giant animal and an unnamed young boy The Last Guardian has pieces of games you’ve likely seen. Combining them into a single high quality journey of connection, companionship and challenge The Last Guardian is a PlayStation 4 exclusive from Team Ico who have an impressive history of console titles. 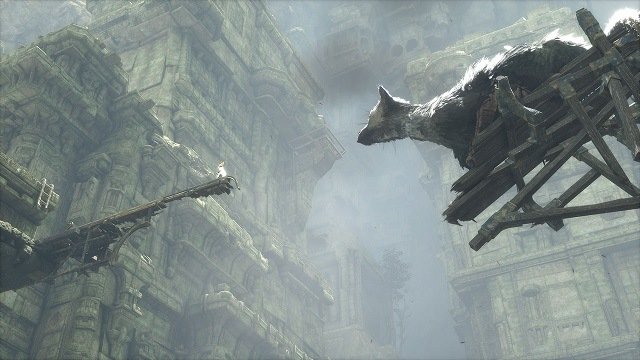 Told as a recollection from an old man reflecting on his youthful adventures The Last Guardian throws players into the body of a small boy as he wakes in the ruins of a castle within a valley known as the Nest. Players quickly realise they are not alone though as they stumble upon a creature called Trico that resembles a griffin like monster. Badly wounded and hostile towards the player initially players begin to build a bond with Trico by removing a spear embedded in their body, feeding Trico and removing chains that restrict them. Early on players also uncover a strange shield mirror that has the ability to summon a powerful force from Trico’s tail.

Just like real life animals your relationship starts off rocky and nervous but slowly grows as trust is built between the two characters as you explore the strange castle and avoid the soldiers that roam the area. During this journey Trico seems to grow in strength with horns and wings regenerating to their assumed previous glory prior to being injured. Ultimately players will discover the power contained within the mysterious castle and face off against the master that calls this area home. 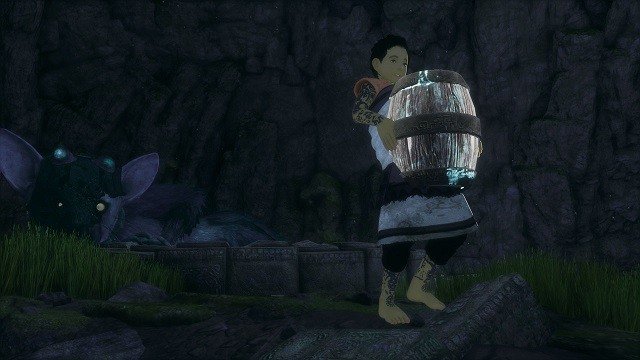 With your developing friendship central to your journey to reach this end point players have a mixture of exploration, combat and puzzle mechanics to overcome first. Each of these is completed through a third person perspective with the playable boy able to climb, carry items and activate switches which form the foundation of most puzzles ahead. Meanwhile Trico specialises in being able to scale large distances, transporting the player or fending off guards with the power that emits from their tail. Using a mixture of these mechanics available you’ll have to navigate the world together with The Last Guardian resetting upon the boys capture by soldiers or death from great heights to a recent checkpoint.

As a new creature friend though players can not simply command Trico to locations with a large part of The Last Guardian seeing you learning to manage Trico. This is achieved by either directing Trico’s attention to certain areas which encourage movement, feeding it when hungry or destroying obstacles that prevent Trico from moving forward. Alternatively Trico can be left to roam around the general area which may lead to special paths being uncovered with some unlocking costume options for players. 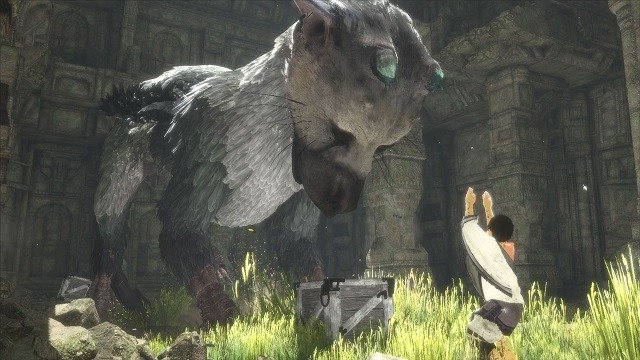 For gamers that are seeking a game that offers a journey of discovery and bond building The Last Guardian features the high production values across visuals, music and general design mechanics that you’ve come to expect from the experienced Team Ico.

Games Finder is a Steam Curator and featured in the aggregate review scores data of MobyGames and Neoseeker.
FEATURED ON
Games Like Journey, Games Like Shadow of the Colossus
LEAVE A REPLY Cancel Reply