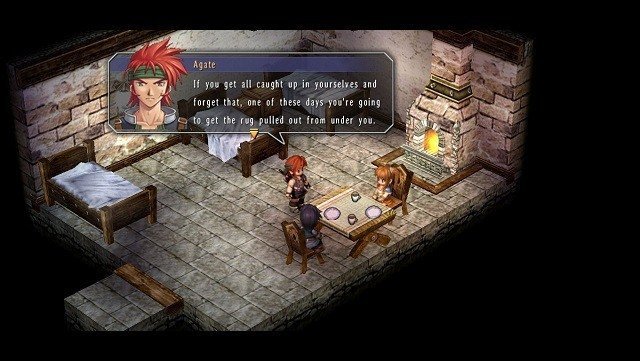 In The Legend of Heroes: Trails in the Sky you’ll explore the kingdom of Liberl that has in the past decade been heavily effected by war with the Erebonian Empire. The current states of affairs though is a near post-war recovery setting with Liberl on the verge of a resurgence thanks to the mythical technology known as orbal energy. Originally discovered over 50 years ago this energy has seen humans advance rapidly from both a social, technology and unfortunately war aspect.

The game follows Joshua and his sister Estelle although there is no actual blood relation between them. After their father goes missing the games plot begins to develop as they decide to take over his job as a great mercenary known as a bracer and ultimately attempt to find him. While these missions start out simple enough (like most games in the genre) eventually players will begin to uncover a more sinister plot behind their father’s disappearance.

Hailed by any as one of the most impressive turn based JRPGs of all time The Legend of Heroes: Trails in the Sky also serves as the first step in the Trails franchise, a trilogy saga known for impressive NPC and locations that are meticulously designed. This is supported with a wealth of text which can be overwhelming at times but is appropriately translated and a key aspect of the game. 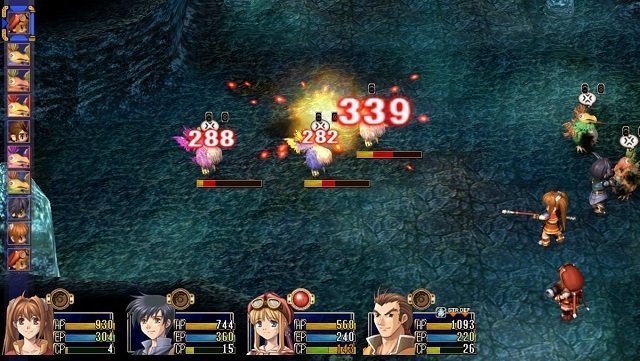 Gameplay is centred around the questing system with quests delivered to players (mostly) through the Bracer’s Guild message board in various towns. Despite this system The Legend of Heroes: Trails in the Sky does well at avoiding repetitive side quest lines that also offer some real choice. As is traditional in JRPs quest completion is extremely important in The Legend of Heroes: Trails in the Sky as the rewards and money for the quests are well beyond what the player can muster up otherwise.

Combat itself takes place on a separate game screen which is initiated when the player runs into an enemy. This map is split into small square tiles with players having the option to move or attack in a turn based environment. Players can also use their skills, use an item or run from battle during their turn which is where much of the depth of The Legend of Heroes: Trails in the Sky exists. As expected from a JRPG a host of inventory items and magic mechanics are embedded into the core combat 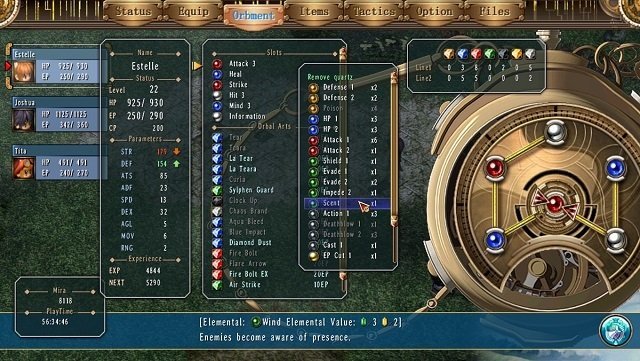 Customisation of your characters comes from both their equipment and the quartz that you give to them. This quartz is collected from battles or as a reward for quests and comes in 7 different types being earth, water, fire, wind, time, space and mirage. By placing these quartz into your characters available slots you can alter their stats and with correct combinations unlock skills for them to use. This system provides a lot of depth and choice but lets itself down by offering only a small handful of optimal choices for each character.

For fans of turn based JRPGs The Legend of Heroes: Trails in the Sky is a solid adventure and considered a must play within the genre although the large amounts of story and dialogue will turn away people who prefer a more action focused experience.

This review was first published on February 14, 2013. Read our update policy to learn more.

Games Finder is a Steam Curator and featured in the aggregate review scores data of MobyGames and Neoseeker.
FEATURED ON
Games Like Final Fantasy, Games Like Fire Emblem, Games Like Ni no Kuni
LEAVE A REPLY Cancel Reply

The Legend of Heroes: Trails in the Sky