The Legend of Zelda: Breath of the Wild revives the Zelda franchise and establishes it on the next generation of Nintendo consoles (Switch and Wii U). Playing once again as Link who awakes from a long slumber you’ll step into an open game world of mystery and monsters. Breath of the Wild is one of the best that the current generation of video games has to offer from the incredibly crafted world, impressive (and fun) game mechanics, puzzles and everything in between. 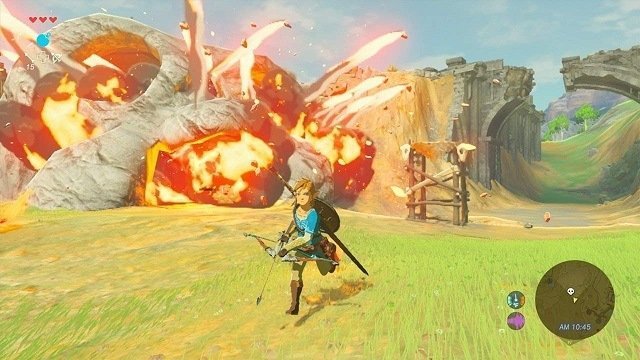 Taking place at the kingdom of Hyrule which is constantly under the recurring threat of Calamity Ganon the world has advanced 10,000 years since the latest revival. During this period though the technology of old has also been lost with the inhabitants regressing to a medieval state of development. Calling on this advanced technology that lurks hidden in the game world is on your agenda as is reclaiming Links lost memories.

With your memories lost it’s a traditional Zelda experience with players given limited direction and instead relying on the ability of self discovery to learn game mechanics, stories and all the secrets that the game world hides in the shadows. Similarly the story can be completed through this non-linear exploration, moreso than any other Zelda game historically allowed.

This non-linear element features components of puzzles, side quests and gear upgrades all of which funnel into increasing power and new diverse mechanics. With a world beneath you that is multitudes larger than anything the franchise has ever seen before Breath of the Wild all of these mechanics are offered at depths no Zelda game has reached before. On top of all of this is a physics engine that has unlocked more potential than even Nintendo themselves thought possible. 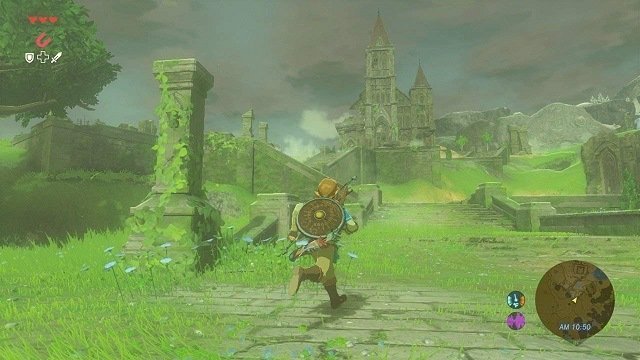 Leaning heavily on the new physics engine is a design philosophy of multiple paths to victory with players able to use and bend the world physics to find unique solutions to problems with the likes of being able to lift and move objects, spread fire or use explosives to all sorts potential. On top of the base physics there is also a chemistry element to Breath of the Wild with metal objects attracting lightning and water being able to put out fires.

Controlling Link in his impressive 3D environment is only limited by your imagination and stamina bar which drains for various activities from running, swimming and climbing. These aren’t the only ways to navigate through the expansive world of Hyrule though with the ability to use a paraglider or warp instantly via tower waypoints that are activated with exploration. Combat is equally precise and varied with your environmental options (such as rolling a boulder right into the face of your enemy) pairing with precision attacks and combos for more advanced moves.

The majority of combat though is done through the standard sword, shield, axe and bow which will breakdown over time, a new addition to the Zelda franchise which while annoying does force experimentation and ties into the robust crafting system that has you scavenging the world for resources from animals, plants and your defeated enemies. This also serves as your window into elixirs and other food items that will regenerate your health or bestow short term powers. 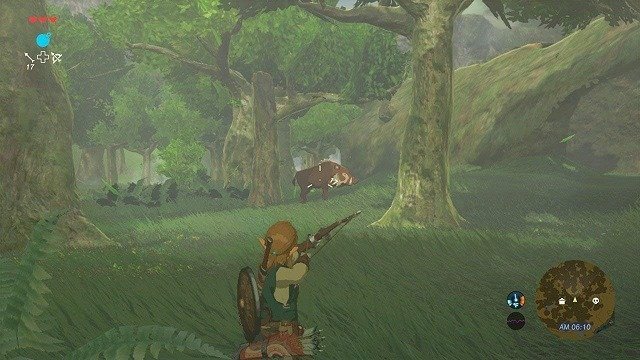 Constant progression is of course also at the heart of The Legend of Zelda: Breath of the Wild which ties closely with exploration of lost shrines which will give you difficult puzzles or robotic boss like fights to unlock Orbs and Seeds. These can be traded in for extra health, stamina or inventory space to ensure you have a full arsenal of weapons available.

All of the mechanics on offer in The Legend of Zelda: Breath of the Wild seamlessly integrate with an outstanding world that has all the secrets and mysteries one would expect from the Zelda franchise. It’s the title that is without a doubt behind part of the Nintendo Switch success with countless Zelda fans of old flocking to the new hardware solely for the hundreds of hours that await them in Hyrule.

Games Finder is a Steam Curator and featured in the aggregate review scores data of MobyGames and Neoseeker.
FEATURED ON
Games Like Cube World, Games Like Horizon Zero Dawn
LEAVE A REPLY Cancel Reply

The Legend of Zelda: Breath of the Wild