In The Long Dark players will be taking on the harsh environment of the Canadian wilderness. After a global disaster leaves the world without power players step into the shoes of a crash landed pilot who finds himself surrounded by the cold dark environment of the wild. 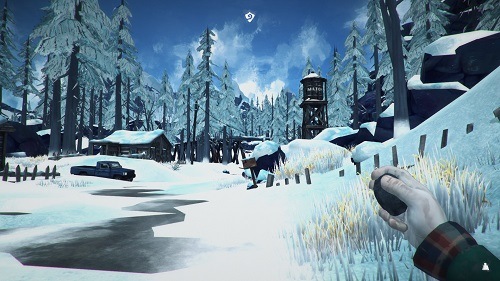 Gameplay in The Long Dark happens in a first person perspective with players controlling their lone survivor across the frozen Canadian landscape after a global event. This gameplay is split further into two modes; story and sandbox which offer the same core gameplay idea but in a different package.

In story mode players attempt a number of episodic stories which guide you across the landscape. On the other hand the sandbox mode allows players to spawn on any of the six map zones and attempt to survive from there. Players can alter the rules of the sandbox mode in various ways to make the game experience different or more difficult.

The overarching objective in either mode is that to survive which is accomplished by using all the available resources the player can scavenge from the land. Things like food, water and wood are the most key to player survival as they meet the core needs of any human. Additional items such as medicine, weapons and tools amongst other items that can assist further. 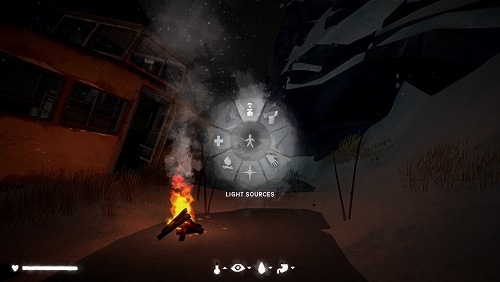 With the game relying on random generation no two games are the same with the location of items and the wildlife changing. With items depreciating over time players must be constantly on the move and seeking out new items in the worlds day/night cycle. With players also impacted by random weather events each step out into the wild is a risk.

Should players succumb to the elements, the wildlife or fail at fulfilling their basic human needs a permanent death mechanic is enforced with players having to start a new game. To further enforce this point limited saving points are offered to players.