The Lord of the Rings: The Battle for Middle-earth II is set in the LOTR universe and offers a real time strategy experience for Windows and the Xbox 360. A genre rarely explored by film and media franchises this strategy adventure gives players the option to explore both a good and evil campaign as you experience the fantasy game world from both sides of the conflict. 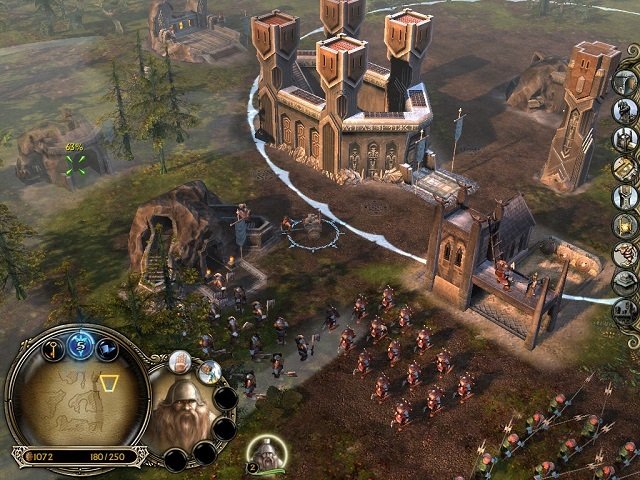 With similar core mechanics to the past game in the Battle for Middle-earth series you’ll find a challenge that is comparable to most RTS experiences. This will see players constructing their base from humble beginnings, gathering a number of resources, researching technology, building defensive structures and in time attacking enemies to achieve the specific level objective.

The game has a total of six different factions split between good and evil with each having their own units and structures along with a preferred type of gameplay. On the side of good you have Men of the West, Elves and Dwarves while for Evil you’ll find Isengard, Mordor and Goblins. The Goblin faction for example focuses on over running your enemy with sheer numbers while Elves use Ents to provide siege support alongside their core archers. In the end this mixture of factions ensures everybody has a faction for their playstyle and also encourages plenty of replay potential as you try them each in various settings. With a total of 41 different territory locations for skirmish mode the wealth of choice and challenge is well beyond what you might have expected. 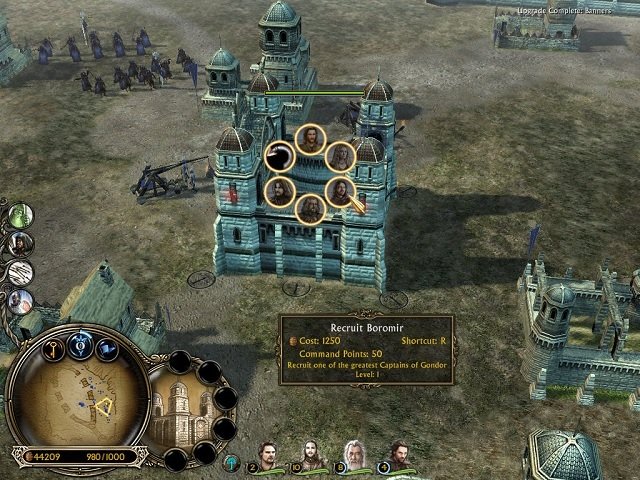 For combat simplicity all units are broken down into certain categories (siege, cavalry, ranged, pikeman and infantry) though regardless of faction which does help you comprehend what exactly the enemy is sending to your gates. Each of these classes has obvious strengths and weaknesses with the game’s combat relying heavily on this rock-paper-scissors type of setup that many real time strategies games before it have perfected.

Players can also call upon hero units from the LOTR franchise to help them in battle including favourites like Aragorn, Legolas, Gimli and Arwen which again are based on factions. As an alternative option you can even create your own hero with the hero creator which is a nice touch to the game and gives you the opportunity to make your own story although aren’t available for the campaign mode. 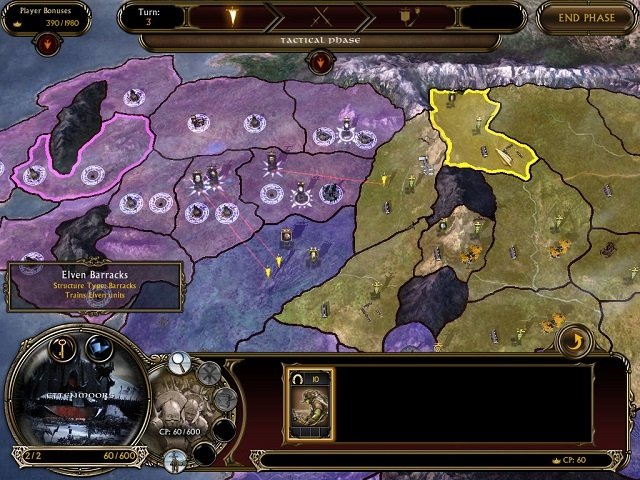 As noted these campaigns come in both a good and evil form and following the Fellowship of the Ring mission and Sauron’s invasion of all corners of Middle-earth The Lord of the Rings: The Battle for Middle-earth II also includes a War of the Ring mode which splits the game world of Middle-earth into the previously mentioned 41 territories. Players then build structures and move their army around in turns while battles are fought in the core real time gameplay which is reminiscent of the Total War franchise. This feature definitely adds hours of additional content as most players will want to take over Middle-earth after finishing the good and evil campaigns for the immense satisfaction it provides.

The Lord of the Rings: The Battle for Middle-earth II has plenty of solid gameplay to enjoy and it’s also hard to find a console RTS experience that matches it. Fan of LOTR or not those wanting a console strategy experience will find this is the one to rule them all.

The Lord of the Rings: The Battle for Middle-earth II