The Lord of the Rings: War in the North is an RPG experience based in the Lord of the Rings universe that delivers hack and slash part combat with some tie ins to the popular novel and films. As an action role playing focused adventure players take control of their own hero and fight their way through the storyline by themselves or with friends in the co-op mode. 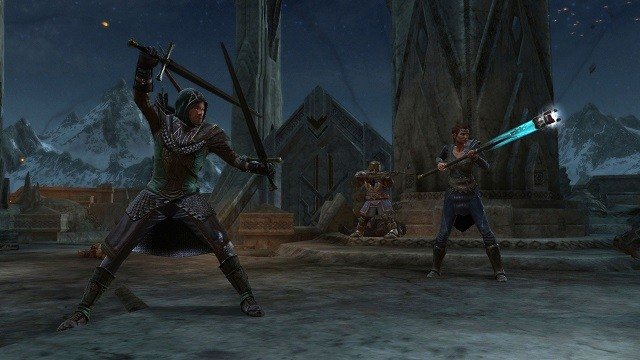 Your War in the North adventure follows the journey of three heroes as they attempt to help in the war effort in the fantasy Lord of the Rings world. Mostly beyond the scenes of the larger scale events of the series you’ll have the occasional crossing of paths with major events from the film franchise. Focused mostly on the northern parts of the Middle-earth the Numenorean known as Agandaur is central to the story you’ll experience. Starting from the Prancing Pony in Bree players will move to a nearby orc encampment where your broader adventure kicks off and eventually ends in two different ways depending on a key decision point.

Advancement through this The Lord of the Rings: War in the North story is split up with several city hubs and villagers where players acquire information, quests and supplies before continuing on their journey. Each of these locations feels unique within the Lord of the Rings universe and provide the game that extra level of immersion that you want to see in a role playing game. 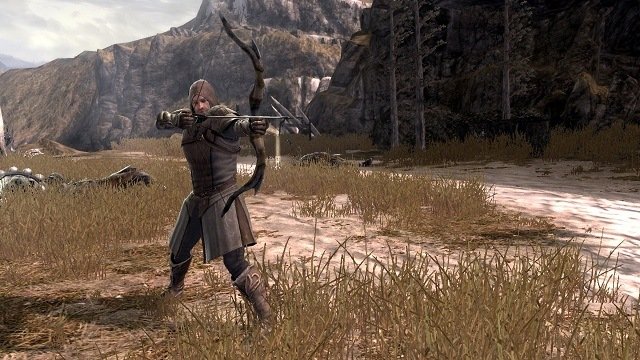 Your characters for this adventure are Eradan (a human ranger), Andriel (an elven mage) and Farin (a dwarf fighter) which provides the staple class archetypes of the RPG genre and mirror the races of the three main combat focused characters of the film series. While you can control each of these as you please players are locked into their initial choice for that specific level which leaves the other 2 to be controlled by the AI depending on the specific mission.

Each of these characters have a different equipment and skill set which ensures they have options across melee and ranged attacks although they obviously have a preferred fighting style. Eradan with his ranger design specialises in stealth and finding secret stashes of equipment which is paired with bow, shield, two handed weapons or dual wielding. Andariel has a range of spells that are paired with staff and shield or a Gandalf inspired staff and melee weapon while also having the unique ability to create potions and find hidden secrets. Lastly is Farin who has a number of skills to buff his melee potency and specialises in the large heavy weapons of the dwarven nation but does also have a crossbow in his pocket and a shield on his back when required. 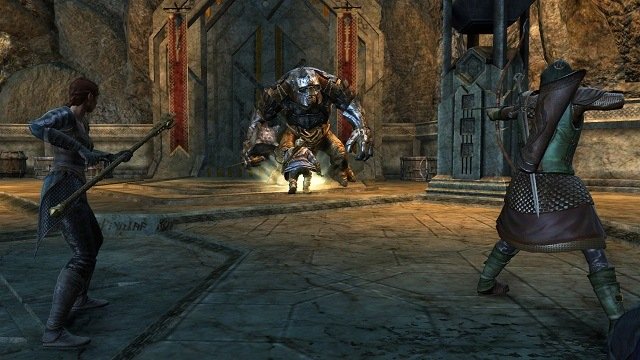 Adding a further layer to combat in The Lord of the Rings: War in the North each of your heroes have a variety of attacks to call on from light to heavy and even blocks which with careful timing can ensure success over the usual button mashing of other games. This is further supported through visual cues that appear above the heads of your enemies to let you deal a critical strike attack.

While the AI is generally pretty good at handling itself in these combat situations players do have the option of issuing commands to them if they start to run around like they’ve lost their heads. The Lord of the Rings: War in the North relies heavily on players changing their choice of fighter for both diversity and to conquer specific missions so players that only stick to a single hero will have a slightly harder or boring combat experience.

This review was first published on September 5, 2013. Read our update policy to learn more.

The Lord of the Rings: War in the North