Imagine being the director of your very own movie set? That’s the vision that The Movies intends to deliver on with a unique and enjoyable mix of life simulation and tycoon business management. From creating the movie set, writing the script and building the stats of your movie stars The Movies lets you control all of these game elements with the result being an intriguing blend for fans of both tycoon titles and The Sims series of video games.

The Movies was developed by Lionhead Studies (now defunct) for the PC back in 2005 with a Mac port subsequently released after the games success. In 2006 the gaming experience was extended with an expansion pack titled The Movies: Stunts & Effects. 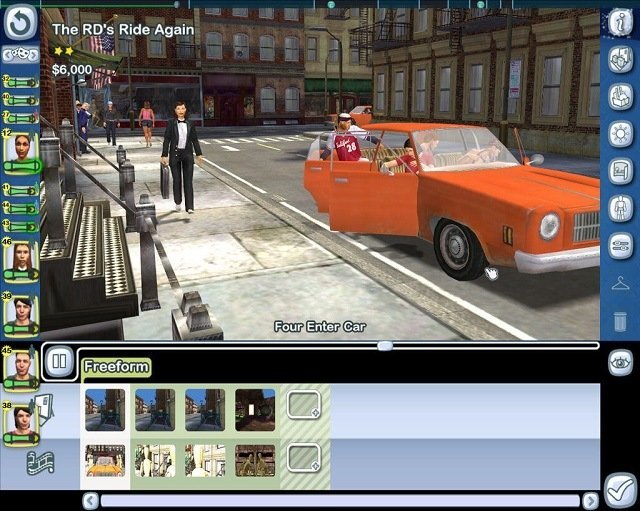 Your role in The Movies is ultimately the management of your own movie studio with the core gameplay split evenly across movie studio design, film star careers and film creation. Covering the full cycle of the film industry this allows players to manage the end to end process as you build out a fantastic movie set for your latest horror movie, train and manage your actors for their roles and then direct every single scene for an exportable movie.

The varied gameplay is a welcome change to a genre that is usually focused solely on the life simulation management and while all of the mechanics have a role to play in the final film production players can generally emphasis their favourite mechanics without an overly detrimental impact. This means that if you are a fan of The Sims you’ll love spending time on creating the ultimate studio sets and directing your actors lives at the micro level. While tycoon fans will love the financial management side of movie development as they optimise operations for the best financial return.

In the studio design element of The Movies you’ll focus on developing the prestige of your studio which is a mixture of mundane tasks handled by your workers such as ensuring the grounds are clear of rubbish while also preventing the depreciation of buildings that reduce the bonuses they provide to movies over time by paying for upkeep. 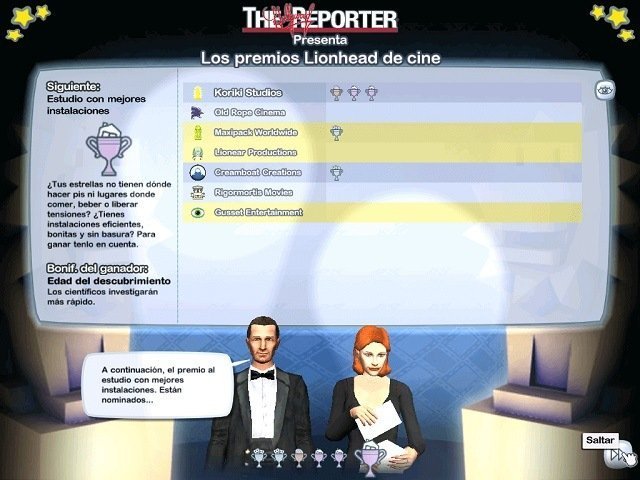 Meanwhile in the sim management portion you’ll be caring for a range of staff members but most notably your stars who are either directors or actors by trade. Just like the real world they’ll want to earn a salary that aligns with their popularity and want satisfying exposure in any movie related media that goes out to the public. Age, stress and boredom are also important stat considerations and can have a devastating impact on your final film quality when not carefully managed throughout the film lifecycle.

Finally the film creation process sees movies of several minutes long being produced over a few years of in game time (although sandbox mode allows for longer films due to lack of time and budget constraints). Film genres include horror, romance, science fiction, comedy and action and must be paired with either an automatic script or a custom player written script before being produced with custom allowing extremely granular detail down to the costumes and even weather level.

The core campaign game mode in The Movies has players start from the early days of cinema and then advance into the near future while competing with a number of other studios. This provides a wonderful framework to the experience and ensures that you explore all genres of film as consumer tastes and preferences change throughout the decades. 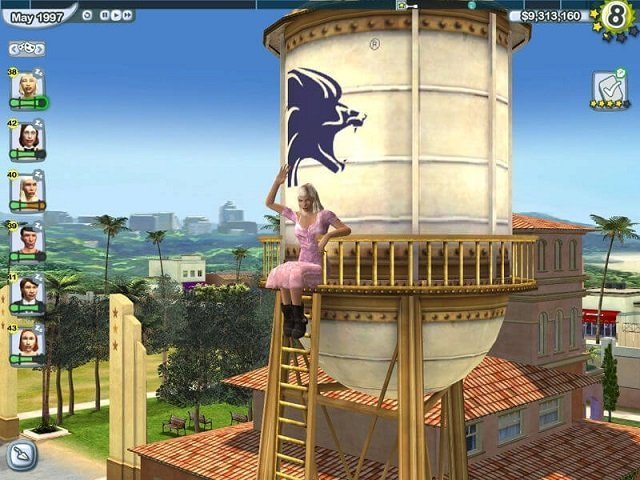 Just as the public sentiment shifts through the eras though so does the available technology which keeps players from being overwhelmed with all the movie options from their first film. Outside of this finely tuned progression curve players can opt for a more sandbox adventure or individual movie creation although these are best explored after the story driven campaign is finished.

The wealth of variety and control offered by The Movies was well ahead of it’s time and the reception that the game received reflects that. Be it for the life simulation, the tycoon management or the creatively intense film process The Movies has it all in a single experience.