Could you make it as a settler in the early days of America? This is the challenge that The Oregon Trail: American Settler throws at players as you build a town out of nothing on your mobile device. While it shares the name of a popular series of video game titles this mobile entry simplifies the formula by boosting the farming simulation elements over the harsh survival challenges. 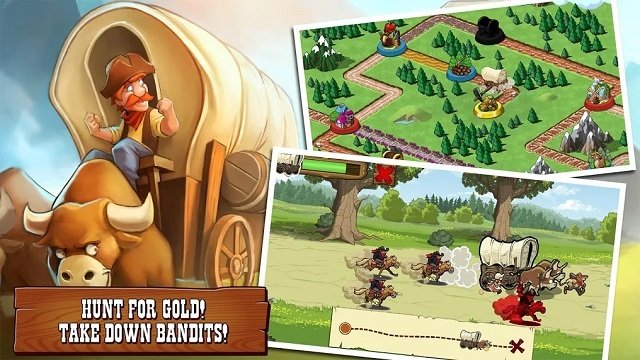 With a town to be raised from nothing players start their The Oregon Trail: American Settler experience by chopping down trees and planting your first crops which eventually leads to houses for your settlers and vital businesses that generate cash and provide services to your booming population. All while dealing with the events you would expect to encounter such as natural disasters and attacks from bandits that will need your action to protect your settlement and rebuild anything to start the recovery for anything damaged in the process.

The freemium formula is at full steam ahead in The Oregon Trail: American Settler with the likes of experience points for every action you take and corresponding levels to unlock new things. Just like the competitors in this saturated pocket of the mobile market all of this is wrapped up with colourful graphics and flash which help to take your focus away from the multiple levels of wait times with The Oregon Trail: American Settler using both an energy system and wait system for constructions. 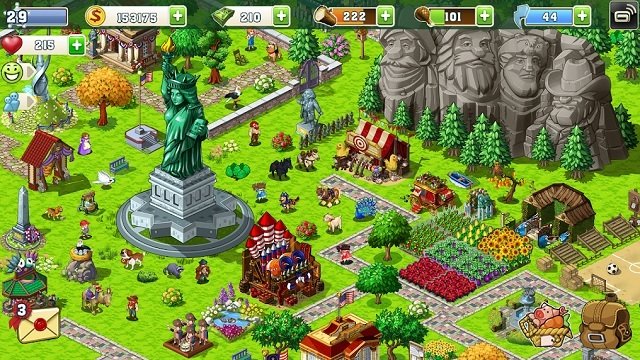 This is the biggest negative of the adventure with this dual wait mechanic a rare sight in the modern day genre that has shifted to single wait systems. While anecdotally on average the overall wait time is the same the perception you have will be that of slower progress and roadblocks to your recovery.

To separate itself from the norm in the genre The Oregon Trail: American Settler attempts to let you engage in multiple activities at any time and does also help ease the waiting times between actions because of this design choice. This is mostly driven by the large focus on crafting which sees your basic items being made into more advanced ones for more gold and feels perfectly in line with the game setting. By buying able to have your hand in multiple of these crafting upgrades at a time you can optimise your settlement easily for maximum production rather than having to constantly make tough choices on where you invest. 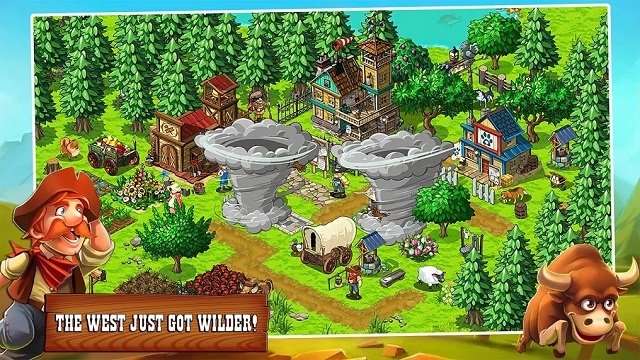 Despite some short comings around the freemium elements with the two sets of waiting mechanics and random events that almost force premium currency to minimise your losses the colourful design and constant tasks of The Oregon Trail: American Settler firmly plants it as a decent FrontierVille like clone for fans of the genre needing a fresh new mobile title.