The Saboteur explores a different setting to most open world action adventure titles with a World War II theme that has players trying to sabotage everything within reach to help the war effort. With a setting that the genre hasn’t touched before you’re guaranteed a unique adventure as you play on Windows, Xbox 360 and PlayStation 3. 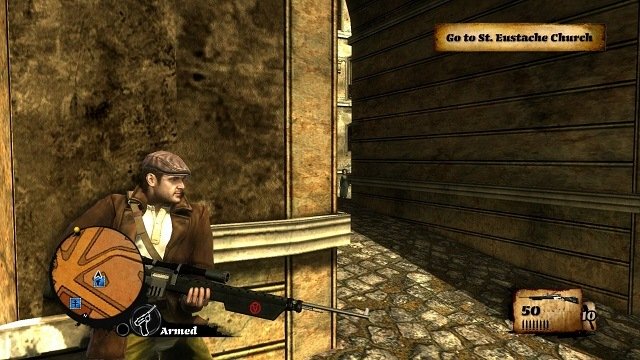 The game focuses on Paris during its Nazi occupation with players taking on the role of Sean Devlin as he attempts to sabotage the Nazi’s from within as part of the French Resistance while also hunting down the Nazi officer that has taken away everything he ever loved. Coming from Ireland originally and a mechanic that enjoyed a drink Sean is far from your usual hero but having lived in Paris for half a decade knows the city and its people well. Recruited into one of the resistance groups players will sabotage increasingly difficult locations on the pathway to victory.

To support players see the impact of each of their actions The Saboteur uses a unique colourisation system with areas that are controlled by the Nazis being displayed as predominately black and white. Once players free the particular area from Nazi control they are considered to be once again inspired to fight and thus restoring that area to its full range of beautiful Paris colours. Once an area has been restored to colour their will be a significantly reduced Nazi presence compared to its black and white counterpart which also allows for easier movement through the city locations that you’ve assisted previously in missions. 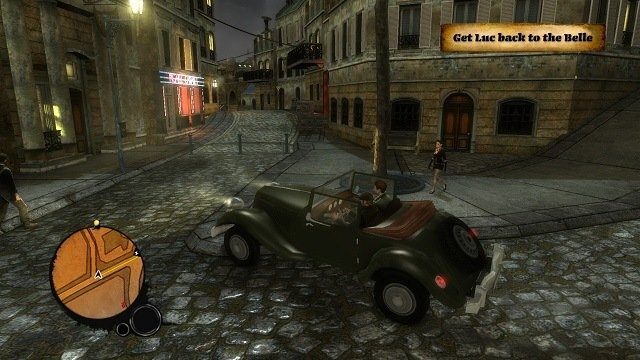 The Saboteur has plenty of activities and missions for players to involve themselves in but the majority involve the use of explosives on Nazi instalments, taking out Nazi strongholds by force or racing in a number of vehicles which ties in closely to Sean’s past as racing driver. During either free roaming or missions players also have the ability to assume a Nazi disguise which does add a stealth element into the gameplay should players choose to use it although an aggressive approach is equally viable with the right tools and planning.

These tools come through both perks and equipment which are both upgraded through game progression. Split between brawling, mechanics, hardware, demolitions, sabotage, mayhem and racing players have sufficient Sean customisation to target their preferred style. Weapons offer similar variety from a fairly typical weapons with pistols, machine guns, shotguns, rifles and explosives that are purchased directly from black market merchants. While any carried items on Sean are lost should you die in the free roaming portion of The Saboteur you’ll be able to visit the merchants to obtain unlocked items at any time. 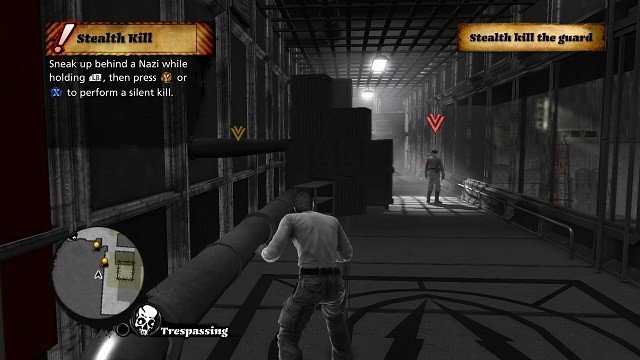 Ultimately The Saboteur is a wonderful change from all the modern day action adventures on the market with an accurate World War II setting. Paired with its unique black and white visuals also adds a tonne of atmosphere to the game as you free Paris one area at a time.