The Sandbox mixes world crafting and god games together allowing you to create your own pixel based game world on your iOS or Android device for free in a complete sandbox environment. Following initial mobile success The Sandbox was also made available for Windows through the Steam platform in 2015 as a paid game, 3 years after the mobile version was released. The PC version is fundamentally the same although allows for larger world space and unlocks all of your sandbox tools from the beginning. 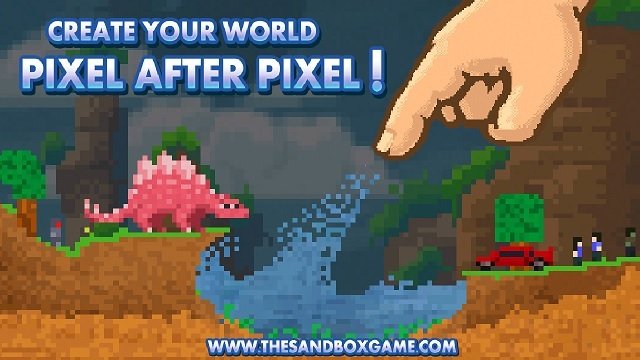 Offering a true sandbox of freedom The Sandbox goes well beyond most other games with sandbox mechanics and puts players in the role of apprentice Deity, with all the powers that come with it. While The Sandbox is definitely still a video game it does at times feel like a mixture between gaming and art given the ease of creating whatever you desire without much core structure. As a result the game thrives in the hands of those that are creatively minded and never struggle to let their imagination run wild in similar games.

If you’re someone that needs some additional structure than you’ll likely feel more at home in the story mode of The Sandbox which works alongside its free mode which is sandbox orientated. In the Story Mode you will advance through over 100 different missions that are intended to help you discover the powers you have available in your god like hands. 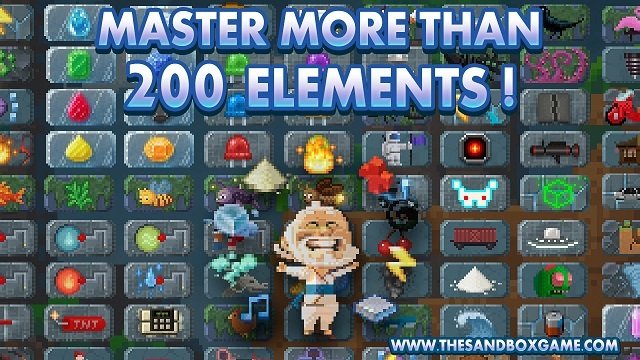 Playing as the aforementioned apprentice you’ll learn the rules of the world and creation in general as you start with simple missions such as combining water and sand to create mud. The Sandbox is about much more than just playing in the dirt though and these missions quickly increase in overall difficulty and have you learning how to ultimately create hundreds of different elements from a few base options.

The result is eventually players being able to make electricity, lava, acid, snow and many other elements that are difficult to create. Beyond the available elements The Sandbox also features a number of life forms that you can introduce into your world with the likes of dinosaurs, fish and eventually humans. 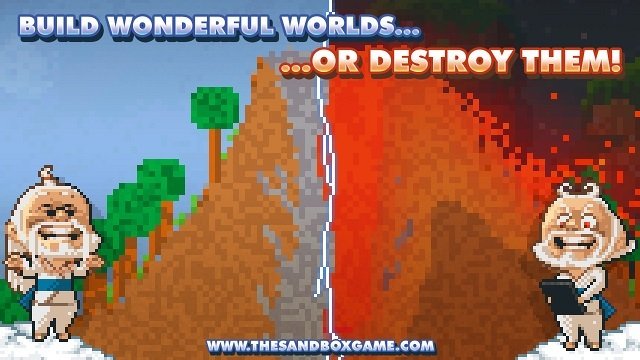 Since you have all the powers of the gods, there is nothing out of your control and you are free to both create and destroy pixels to create your ultimate sandbox game world or to achieve the particular tasks in story mode. Whether players want to focus on hand crafting a breathtaking forest, the ultimate seaside location or animal sanctuary you’ll be able to then share your creation with other players online or simply unleash fires and other destructive elements on your creations instead.

Games Finder is a Steam Curator and featured in the aggregate review scores data of MobyGames and Neoseeker.
FEATURED ON
Games Like Growtopia
LEAVE A REPLY Cancel Reply