The Secret of Grisly Manor challenges you to explore the mysterious house of your Grandpa on your iOS and Android devices as you uncover secrets and locate your lost family member. Developed by Fire Maple Games in 2010 (the same minds behind The Lost City) The Secret of Grisly Manor adopts many of the same fundamentals and brings them across to a different game setting. This gameplay also has Myst like elements with a blend of puzzle, exploration and action through a point and click style interface. 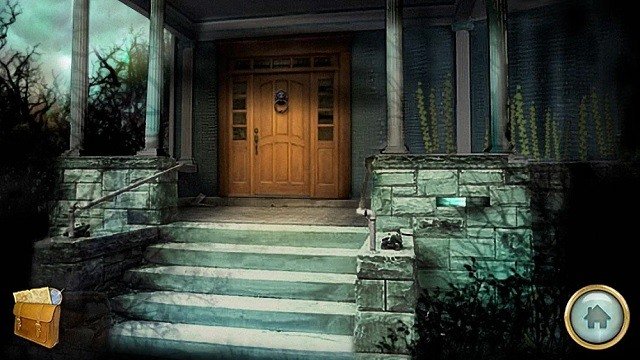 In The Secret of Grisly Manor players take on the role of a curious young man who investigates the mysterious disappearance of his grandpa within his own manor. Said grandpa has always been a little strange especially with his inventions and ideas that are definitely out of left field which makes his disappearance even more interesting, strange and intriguing. Despite this your grandpa has always held a special place in your mind often looking at him in awe despite what your other family members thought of him, although it has been many years since you’ve last seen him.

As a result upon the recent news of his disappearance you take it upon yourself as the grandson to explore the manor and hopefully locate him. Venturing towards the dark manor without know what awaits you players arrive amidst a stormy night only adding to the already creepy situation and location. 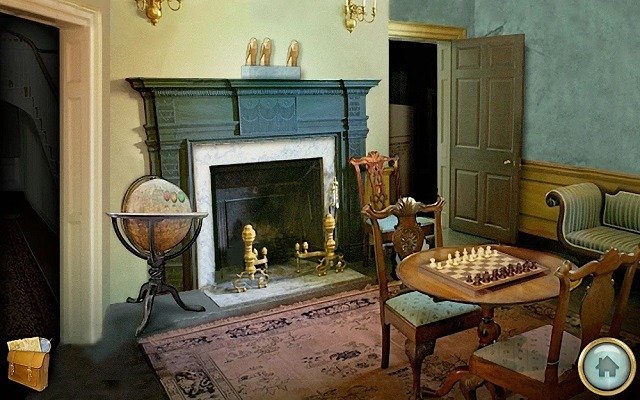 Stepping into the manor is where the puzzle elements of The Secret of Grisly Manor begin and ties into the broader theme of your grandpa’s eccentric nature. This becomes evident with the clues that you follow have seemingly been designed for you as you bounce between various puzzles which in turn open up new areas of the manor or more puzzles in general.

Puzzles generally favour environment design with players interacting with parts of the environment to trigger progress such as activating out of place stones and paintings. Similarly this often leads into basic logical puzzles where a document, clue or general note will provide hints as to your next location or the order you need to arrange certain items. In addition to these in game hints can be activated if you get truly stuck although the difficultly of The Secret of Grisly Manor is generally on the lower side when compared to the market. 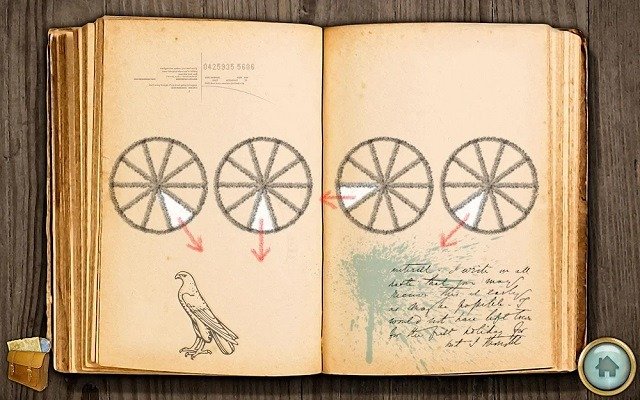 All the while the generally strong sound effects and graphic presentation hold the mobile title together and ensures The Secret of Grisly Manor is on the above average spectrum of mobile puzzle adventures.

The Secret of Grisly Manor