The Settlers IV (sometimes referred to as The Settlers: Fourth Edition) is part of the popular Settlers game series and was released in 2001. The game was updated and re-released as The Settlers on iOS devices. 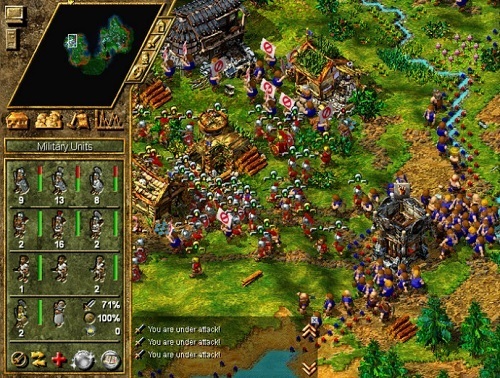 This game review focuses on the original Windows release but the iOS game features the exact same gameplay, storyline and mechanics although the control scheme is simplified and focused around touch controls.

Settlers IV features four different races each with their own style of gameplay and units. The races include the Vikings, the Romans, the Mayans and the Dark Tribe (who serve as the enemy for the game campaigns). Available game modes include the single player campaign, multiplayer (either against AI or another player) and the free settle game mode where you can create your own settlement without chance of attack.

For gamers who have played the previous games in the series you’ll recognise the gameplay formula from the previous games. Your early stages are very much focused on developing your economy to ultimately build up a powerful army for war against your opponents. The game plays out this way because everyone needs appropriate living space and this means large resource requirements for the infrastructure required to support an army. 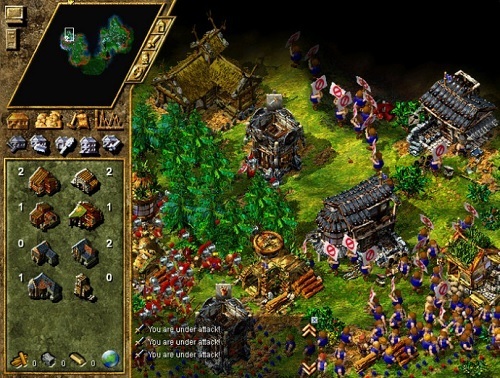 While this gameplay is a little different from other real time strategy games there is still plenty of strategy involved as wrong choices can ultimately led to the lack of a sufficient economy which will send your civilization crumbling once you attempt to develop your army.

Of all the games in The Settlers series, The Settlers IV is one of the highest rated amongst critics, with the smartphone versions receiving similar levels of praise making it the perfect introduction to the series for new players.