The Settlers: Rise of an Empire is a real time strategy game that features a 4X style of gameplay with additional elements of city building that combine to create a diverse economic challenge. Released in 2007 Rise of an Empire is the sixth in the long running and popular series of The Settlers and seeks to bring together many of the different elements that the series has explored into a pinnacle adventure. Most notably this comes across in a reduction of overall combat and simplifying the core gameplay by throwing out the unnecessary micro management of the economy you may have experienced previously. 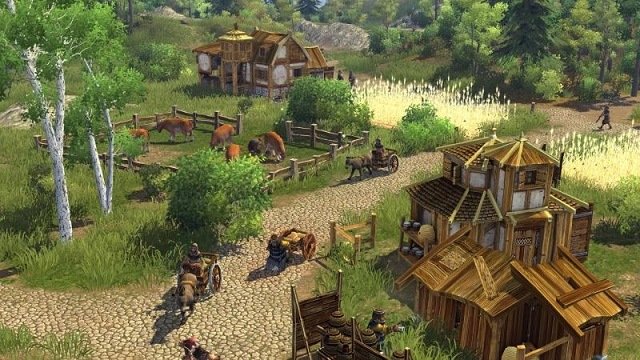 Central to your strategic challenge the single player campaign of The Settlers: Rise of an Empire explores a medieval Europe like setting which provides a fictional representation of an era long past. Within this realm players join as a knight serving their king as they try to bring the Darion Empire back to former prosperous glory. Not every character is seeking this same return to better times though with the Red Prince who currently holds control over the realm opposing the player. This is just one of many troubles that will need to be overcome by players though with bandits, raiding neighbours, cults, deities and other events that need to be addressed by the player.

Your circle of influence in addressing these issues include settlement, economy and military that each have an abundance of mechanics for players to explore. While all of these play a fundamental role to your success in the single player game mode players can also employ similar mechanics in multiplayer matches with others although this is far from the intended core Settlers: Rise of an Empire gameplay. Despite this multiplayer gives players ample choice to customise their experience through the ability to change all manner of game settings. 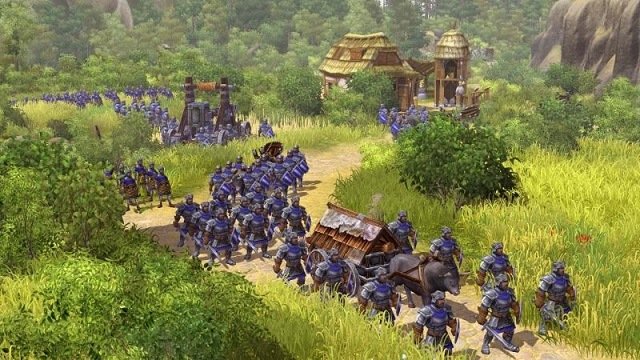 For the core single player game you’ll move from map to map in the realm where you are tasked with completing a specific goal from your current position. These will require players to master constructing settlements, managing their worker population, balancing resources and other kingdom scale activities. As is tradition for strategy games these objectives slowly grow in complexity to ensure players feel comfortable with all of the available game mechanics while also offering side objectives to further stretch your abilities. In total you’ll have sixteen such challenging missions across economic and combat challenges with a further eight through the Eastern Realm expansion pack.

Regardless of the mission at hand players will start with three core special buildings known as the storehouse, castle and cathedral which provide you the basic tools to reach your objective. The storehouse for example is central to engaging with the economy marketplace as you trade with other settlements for profit or simply resources you are in desperate need of. Meanwhile the castle is the building that represents your army and controls the limits of your soldier population while also allowing you to collect taxes and heal the wounds between battles. Lastly the cathedral is vital to your core settlers and influences your reputation while also being able to generate some income through sermons. 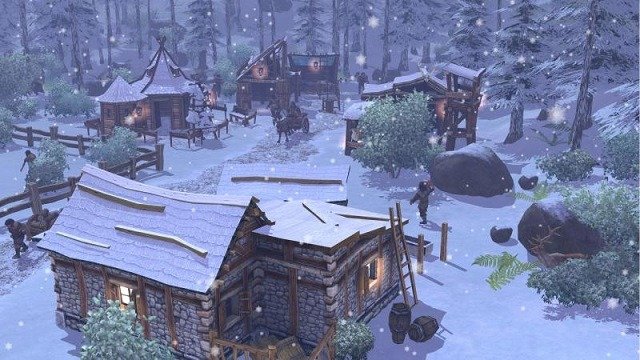 From this foundation of buildings gameplay requires you to manage the needs of your settlement by balancing resources and turning them into advanced resources for construction, trade or war. While you don’t directly control individual units players can influence the direction of their settlement by issuing general broad commands to your thriving community that are then actioned. Management of happiness is also vital to your successful growth as settlers will not continue to work if unhappy and even strike if things become truly dire. The new needs and wants mechanic is central here with settlers initially only wanting enough food to survive before eventually demanding increasingly difficult needs across food, clothing, hygiene and entertainment while also adding in wants around prosperity and decoration.

These needs and wants are generally easy to achieve when everything is going according to plan but climate changes of the seasons and rocky diplomatic relationships can quickly hurt the best laid plans. For when it becomes necessary players may then be able to lean on their military units that are led by their knight and primarily come in the form of foot soldiers and archers that combine together for an effective fighting force and once advanced enough supported by siege weapons.

The Settlers: Rise of an Empire