The Ship: Murder Party (and its HD remake The Ship: Remasted) are first person shooters orientated around the art of deception on a luxury ship. Set in the late 1920s on a fancy cruise ship each player is given a mark that they’ll have to hunt down and take out while defending themselves from the one hunting them that makes for a multi layered cat and mouse adventure which creates a complex challenge with human opponents. 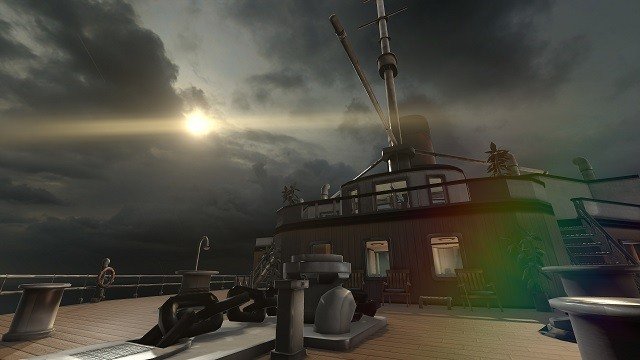 The game includes both single player and multiplayer game modes with both featuring the same setting where the strange Mr. X has sent out free tickets to his luxury ship inviting people from across the world to attend with their own backgrounds. Once aboard though the truth behind this luxury trip quickly unravels with players finding out that if they intend to live they’ll need to assassinate one of the other passengers that was invited. While the single player game is a good introduction to the mechanics and offers a storyline to follow along the real hunter and prey gameplay lies within multiplayer as you try out smart other players which significantly increases the tactics required. At the start of each game players are assigned a character and associated name which helps you blend in with the other NPCs of the world and gives you a clear role play opportunity.

In addition players are given their own quarry (target) which must be eliminated before round end and is made more difficult by adding particular items into the mix. In order to help track your quarry players can see their last known location but do not know their appearance unless conversation is engaged in and that information obtained through said conversations. 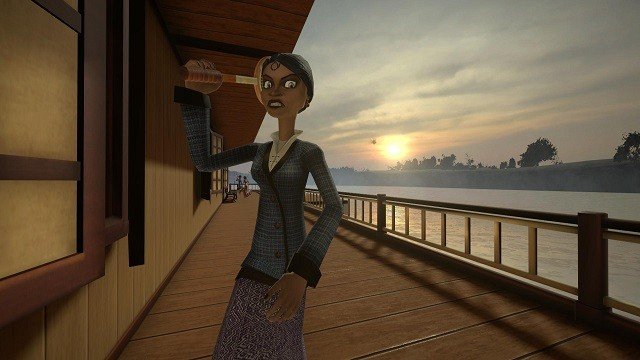 To stop people targeting someone that isn’t their quarry and provide opportunities for kills The Ship: Murder Party uses two main mechanics, security guards and character needs. These guards (and cameras or other characters) will react to players pulling out weapons which gets them instantly sent to jail on the ship and stops The Ship from turning into an all out ship brawl.

To help players understand this mechanic a useful HUD indicator has been introduced that makes it easy for players to recognise when they are currently at risk or safe to pull out their weapon. Players in jail can still contribute to the game as they’ll only be in there for 30 seconds and if your quarry is also in there, you’ll still be able to finish your objective which is a unique touch and could even form part of your strategy if you’ve seen them move to jail. The other main mechanic which counters camping and gives everyone opportunities is needs which is basically similar to The Sims franchise where you’ll have to ensure that your character has ample sleep, food, drinking, socialising and hygiene. If these aren’t met you’ll become impaired (such as falling asleep while standing) or even die and is perfectly designed to ensure your target can’t hide in a room all game and is forced to move around to key locations. 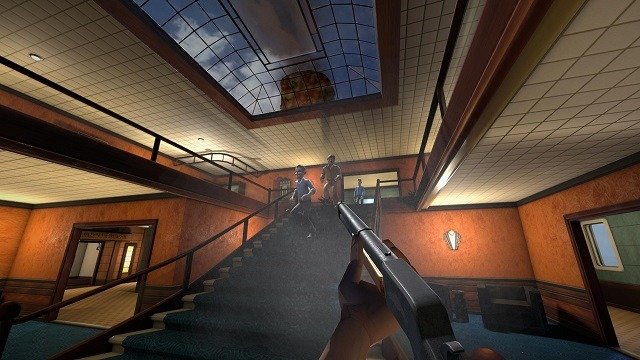 If not dying because of needs then players will likely be on the end of one of the many weapons contained on the cruise ship. These can be found across the ship with the likes of improvised melee weapons to fire arms and even traps that can be activated when your target is in the danger zone. Each of these rewards a different amount of money which can be used to stay on the ship, bribe guards and other actions that make further murders have more varied options.

Games Finder is a Steam Curator and featured in the aggregate review scores data of MobyGames and Neoseeker.
FEATURED ON
Games Like Overcooked, Games Like Town of Salem, Games Like Yandere Simulator
LEAVE A REPLY Cancel Reply