The Stanley Parable offers a meta-fictional interactive adventure that will mess with your mind as it takes you through a serious of increasingly strange and wonderful events. While the game lacks traditional video game gameplay it more than makes up for with mind messing narration that will have you guessing video games and even your own existence in the real world. 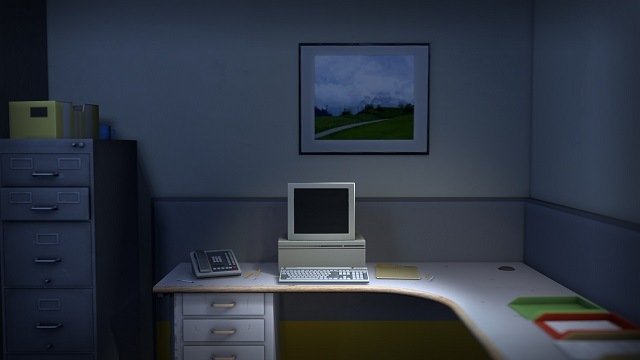 First born in 2011 as a free Half Life 2 modification this self reflecting experience saw a full release in 2013 which in turn added a number of new scenarios and paths amongst general game improvements. Actual gameplay though changed little between the versions with both giving players control over Stanley as they explore their abandoned office with each action described in real time by the narrator. This presents one of the primary choices (or illusion of choice) by allowing the player to follow the narrators direction and guidance or opting to ignore it completely and create their own path.

Starting your Stanley Parable adventure players dive into the world of Stanley who is employee number 427 in your typical office building environment. Tasked with monitoring information on a computer screen daily Stanley like the good little office employee he is presses the required buttons without question until one day his monitoring screen goes blank which leaves Stanley with no idea what to do. 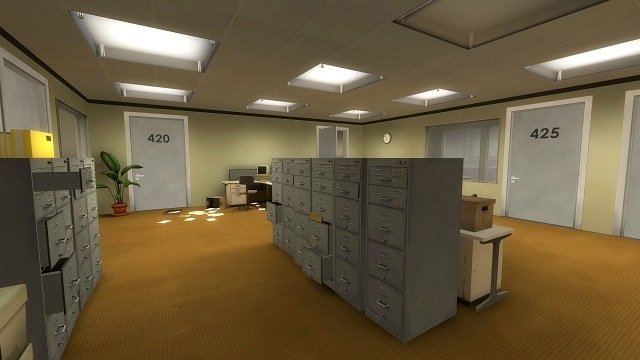 Deciding to eventually leave the safety of his computer screen Stanley discovers that the entire office is seemingly abandoned from which your decisions onwards shape the story. In total you can expect one of more than ten possible endings from your actions which encourages players to explore the different options Stanley has across multiple playthroughs.

With many inflection points the number of potential endings can quickly feel endless to players as there is always at least two choices to make and sometimes more. The sheer variety in these endings is the real gem of The Stanley Parable experience, although they won’t be spoilt here. Suffice to say each of these is equally fourth wall breaking and thought provoking as the last, each encouraging the player to explore just one more ending. 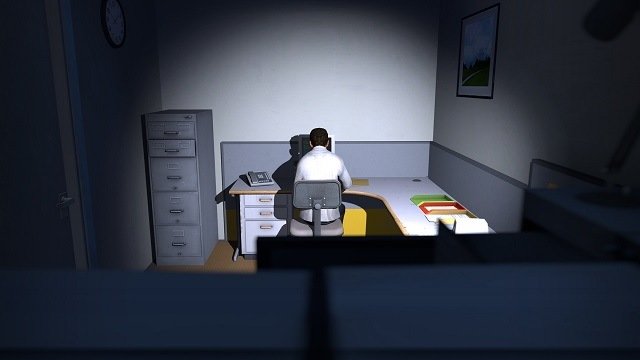 In terms of how players interact with the world while exploring these endings The Stanley Parable is a first person perspective video game. With basic controls that are limited to moving Stanley around the world and interacting with the occasional object such as doors or buttons with a simple keyboard or controller press.

For games that break the fourth wall or can be considered meta-fictional The Stanley Parable is indeed one of the best titles around.