Mixing in science fiction to the popularised Dark Souls like formula The Surge is an action role playing title that also serves as a spiritual successor to Lords of the Fallen video game albeit in a sci-fi setting instead.

Set in a dystopian future where our relentless use of resources has lead to exhaustion of resources which has put intense strain on the social and environmental elements of the world. It’s a grim future as players awake in an exoskeleton within a destroyed complex of the CREO tech mega corporation with aggressive robots all around you. Playing as Warren who has been recently successful in securing one of the few remaining jobs amidst rapid technological advancement you’ll explore the facility while uncovering the truth. 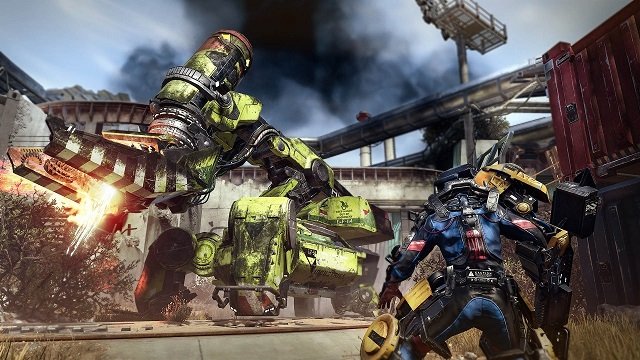 With elements of the Terminator franchise in its story The Surge explores Warren’s movement around the run down facility as he uncovers the presence of a self aware nanite force that recently wiped out 95% of the human race. Story elements are told primarily through audio logs with some support from the few remaining NPCs in the facility which ultimately leads him to the executive room where the nanites were launched from.

Relying on brutally difficult melee combat to hack off entire limbs of these robots while also hunting for new pieces of equipment for yourself is the bread and butter gameplay loop of The Surge. This combat is intended though and designed to be a challenging blend between the previous team’s game (Lords of the Fallen) and more recent titles like Dark Souls. 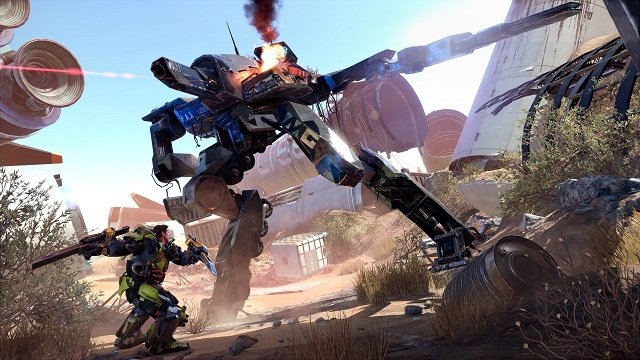 This sees combat being varied, challenging and dynamic with emphasis on attack dodging and fatality level moves that require you to setup a stun or stagger on your foe first. Stamina is also a vital element with players having to balance their vertical and horizontal attacks with said dodges to not be an exhausted standing still target.

One constant feature that The Surge is designed around in particular is the risk vs reward trade off of combat and isn’t shy to reward players that take significant risk (and the combat skill to back it up) with handsome upgrade rewards which come in the form of modular additions to your exoskeleton and more readily available for those that carefully hack off robot limbs to obtain blueprints or the direct loot itself. 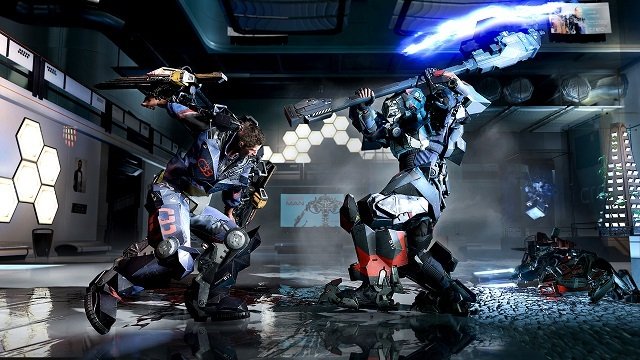 While players do acquire a basic starting set of gear in either a light, medium or heavy attack style this does not define your character playstyle for the entire game and instead is driven by the loot you collect. This design requires players to be flexible with their character based on loot acquisition but still provides ample opportunity to define your own playstyle. Further playstyle customisation is driven by the varying stats on gear that impacts statistics like health, stamina consumption, energy, defences, damage and weapon proficiency.

Other familiar mechanics include the ability to build up scrap currency at ever increasing amounts the longer you go without banking it. However, should players die will hoarding scrap they’ll lose it all, with some ability to reclaim only a portion of what was lost.

Games Finder is a Steam Curator and featured in the aggregate review scores data of MobyGames and Neoseeker.
FEATURED ON
Games Like Bloodborne, Games Like Dark Souls, Games Like Dead Space, Games Like Horizon Zero Dawn
LEAVE A REPLY Cancel Reply