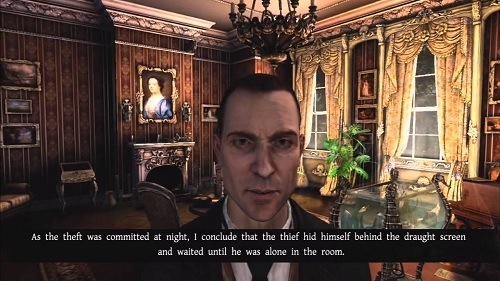 Players join Holmes just after he solves the case of the missing Samoan necklace. Sherlock Holmes has been tricked though, the necklace he believes to be the real thing is actually just an imitation. From here all his evidence begins to unravel and instead points to him as the thief. Holmes continues to follow his clues though in order to clear his name which leads him on quite the twisty adventure.

For most of the game players take control of Sherlock Holmes with the option to control him in both first and third person. During some scenes the player will get to jump into the shoes of Dr. Watson instead although these sequences are limited.

The focus of the game is definitely on the crime scene investigation with players moving around various crime scenes to gather clues by examining objects. To help players Sherlock Holmes can access a sixth sense ability which shows objects that can be interacted with by the player. If players get stuck they can review the current information in the menu which also shows information about their current inventory. 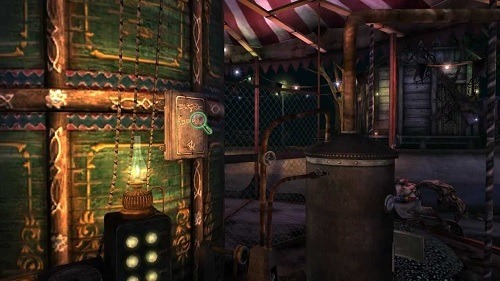 In order to advance players will need to link pieces of information together and make the correct deductions from the evidence. In addition to clue gathering certain sequences might require the player to complete some simple puzzles.

The Testament of Sherlock Holmes is a much more visually impressive experience compared to previous games in the series and the controls have also been tightened to deliver a much better overall experience.

The Testament of Sherlock Holmes