The Unfinished Swan offers a unique adventure and story experience where you chase an escaped swan through a strange magical world. Available as a PlayStation exclusive title (PS3, PS4 and PS Vita) originally (later releases on Windows and iOS) The Unfinished Swan takes place in a colourless game world with a focus on completing puzzles to progress by introducing colour into the game world. 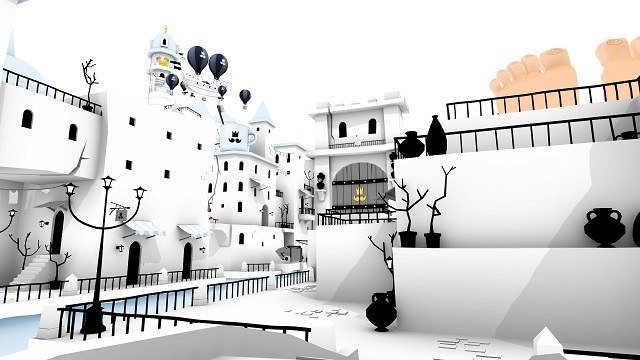 Your protagonist in this unique swan based adventure is 10 year old Monroe, an orphan who was allowed to only bring one of his mother’s paintings to the orphanage with him. As Monroe’s mother was a prolific painter this was a tough decision before settling on an unfinished painting that prominently featured a swan and was special to them both.

The Unfinished Swan kicks off your adventure when Monroe awakes one night to find the swan from the painting missing, leaving behind a path of golden footprints for players to follow into a mysterious painting kingdom. With the swan being the only possession that links Monroe with his mother he embarks on a quest to find it and restore the painting to its original (albeit uncompleted) state. 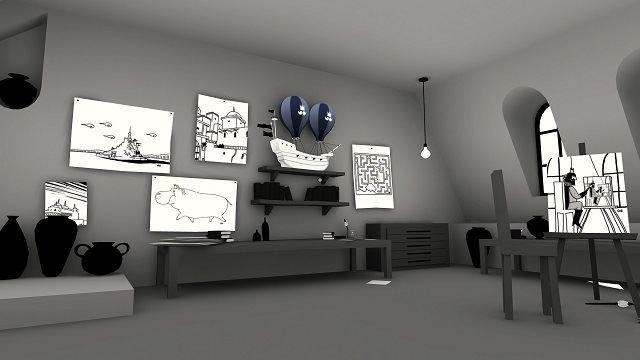 The kingdom that the swan has vanished into though is mysteriously abandoned and also lacks significant colour being made up of mostly white and black. The reasons for this strange setting and the decisions that led the kingdom’s king to ban all colour due to its unworthiness is slowly revealed through storybook pages scattered along your swan hunting path and ultimately assist players with returning the swan to the painting as well. Along the way optional content hidden in balloons can also be unlocked for additional context, challenge and game art.

In terms of gameplay The Unfinished Swan is played from a first person perspective with players able to freely move and jump around colourless kingdom while following the swan footprints. In addition to this players have the ability to through balls of paint which are a consistent puzzle mechanic used from start to end. In addition to serving as the puzzle mechanic this added element of colour also provides a visual transformation of the kingdom. 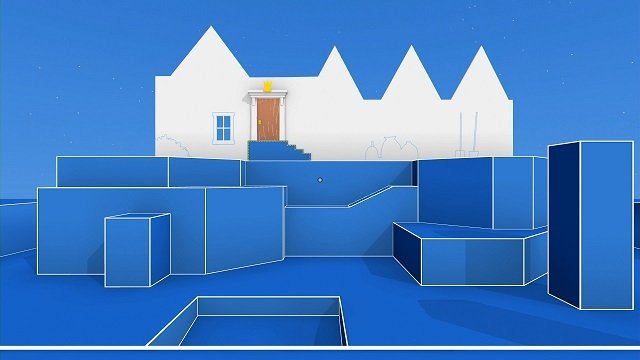 One such recurring theme is using bright colours as a light source to illuminate your path and assist with navigation which given the drab and colourless castle otherwise. While several other recurring themes in puzzle design are present there is little real evolution in game mechanics from start to finish. The Unfinished Swan is also forgiving in terms of using this mechanic with no limit to the number of balls you can throw which effectively means the game is without a game over or failure screen.

Games Finder is a Steam Curator and featured in the aggregate review scores data of MobyGames and Neoseeker.
FEATURED ON
Games Like Dear Esther, Games Like Firewatch, Games Like Gone Home, Games Like Journey
LEAVE A REPLY Cancel Reply