The Whispered World plays like the classic point and click adventure games of previous decades and pairs this familiar mechanic with an impressively unique game world that utilises 2D hand drawn animation and art. Combining fantasy themes with a touch of steampunk players will guide a young clown through an adventure as he seeks to understand the source of his recurring dreams. 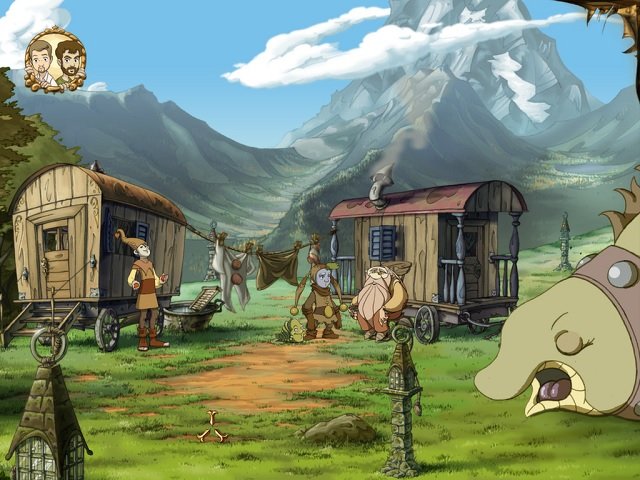 In The Whispered World players explore the dream like world of Silentia as a young and sad clown known as Sadwick. Players will join Sadwick after he wakes up from a horrible nightmare that has been a recurring experience for the past few weeks with Sadwick finally reaching a point where he wants to solve the nightmare once and for all. With this nightmare showing the world falling apart and doing so in such a realistic fashion Sadwick finds it hard to shake it off and only deepens his sadness further.

Players begin this story journey in the travelling circus that Sadwick travels the fantasy world with performing acts for anyone that will pay for their entertainment. Opting to clear his head in the nearby forest where his circus has recently stopped this is the first of many mysterious locations for your upcoming adventure. By coincidence players encounter Bobby in the forest who is a messenger of the nearby King and is currently on a mission to deliver the Whispering Stone. 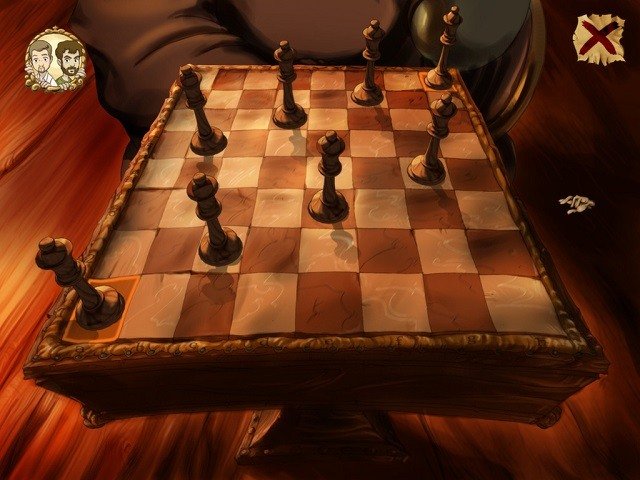 When Bobby references the end of the world that Sadwick has experienced in his dreams he begins to follow along with Bobby to deliver the item to the king while also seeking out an oracle known as Shana for how to avoid the impending doom. After locating the oracle Shana through a secret passageway players discover the Sadwick’s involvement in this end of world prophecy goes far beyond simply dreaming about it. In turn you’ll answer questions such as should the world be destroyed? Why is Sadwick compelled to end the world? And why are all your surroundings familiar and dream like?

Visually this adventure takes place across a number of 2D environments that include ruins, an island shore, village, cavern, prison, castle and countless other scenes that you explore in a mix of side scrolling and point and click mechanics. While the Whispered World follows pretty simple gameplay mechanics for your adventure this is more than sufficient to inspect things or chat to NPCs in the game world as required. 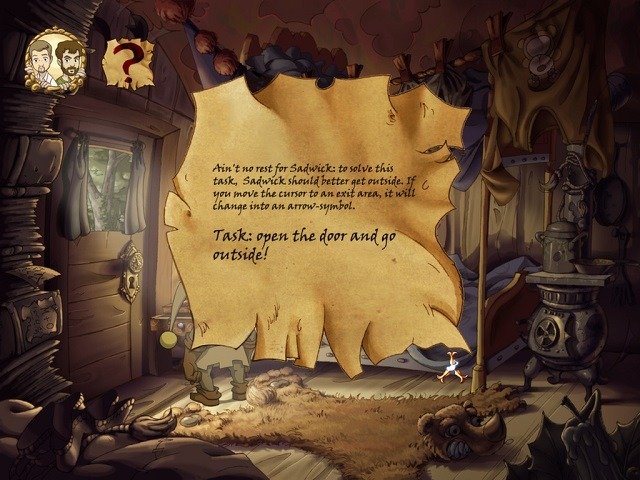 In order to help players they can also use the spacebar to highlight objects that can be interacted with which comes in handy if you ever get stuck and helps prevent frustration that other adventure games are sometimes plagued with when an item isn’t obvious as a potential interaction. This doesn’t remove all interaction and discovery though with The Whispered World requiring players to select a hand, mouth or eye action when interacting with the world or their inventory (accessed through a right click).

This inventory is vitally important as puzzles you face in The Whispered World are primarily inventory based puzzles that require you to find, store and manipulate objects alongside familiar challenges like a chessboard. Another recurring theme in puzzle design is Sadwick’s pet caterpillar, Spot that can transform into a number of forms which aid in puzzle solving.