The Witch’s House is one of the many free to play horror games from a Japanese creator that was made using RPG Maker. Released in 2012 and brought to English thanks to vgperson the game is one of the highly praised game in this unique sub-genre. 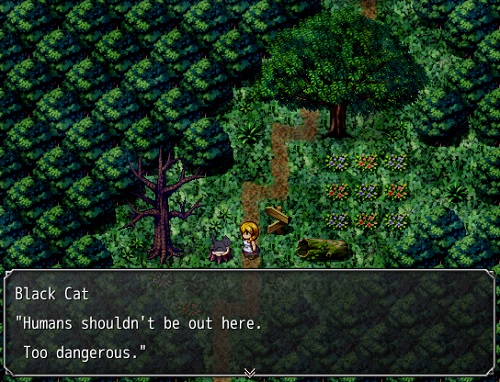 The plot for The Witch’s House focuses on Viola, a young girl who suddenly finds herself waking up in the middle of a dark forest, with her only escape blocked by a thick row of roses. With no alternative you’ll venture into your only remaining option. a dark and mysterious house.

Joining you in your exploration of the house and its various magical elements is a stray black cat who is always up for a joke while also serving as your save point. Together you’ll explore the shape-shifting house that you find yourself in while solving puzzles, unlocking new areas and eventually finding safe passage through the house. This is easier said than done though with the enemies and traps that lurk around the house.

Once you’ve left the house you’ll find yourself with one of the two available endings, only one of which is the true game ending which does encourage you to seek it out if you don’t receive it the first time. 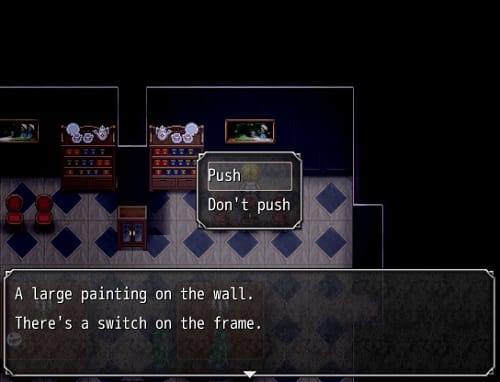 In terms of gameplay The Witch’s House is centred around the previously discussed puzzles with each solve taking you one step closer to your escape while providing additional background about your current predicament. These puzzles aren’t extremely taxing and range from using an item you’ve previously attained to interacting with objects in a particular order.

The Witch’s House is a very short experience just like other freeware horror RPG creations. This isn’t solely a negative though as it only further encourages you to absorb every piece of the atmosphere that you can thankfully The Witch’s House has this in ample supply.