The Witness combines the increasingly popular walking simulator genre with the most classic puzzle games of them, Myst. With a superb graphical experience The Witness will lure you in with it’s crisp and enticing visuals and then keep you engaged with delightful puzzles that tie into exploration of the island environment. The Witness builds on this further by offering visual and audio pieces of information that can be uncovered for additional context to the exploration of the large open world island setting.

Despite this added context The Witness is still fairly light on actual backstory with players waking up alone on a strange island, opting for the typical amnesia setup you’ll find yourself not remembering anything about who you are and how you landed on such an isolated island.

To regain your memory and return to the place you call home you’ll adventure from one side of the island to the other as you solve over 500 in game puzzles. With a puzzle count well into the hundreds The Witness reaches heights far beyond most other puzzle games and does so by using a repeatable mechanic. Split into just over 10 sections the walk between puzzles and clues is a breathtaking experience with man made structures and natural formations to discover amongst some almost alien structures due to their unique designs. 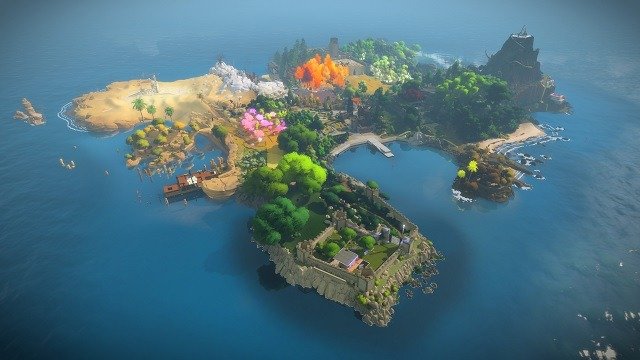 Your objective in each section is to find a gold box and activate it after a sequence of puzzles from which a beam of light will release towards the mountain top, your final goal. While moving through these areas has a linear path to achieve your objective The Witness also includes a number of open areas amongst alternative paths for the player that prefers to explore all inches of their game world.

As mentioned all the puzzles within The Witness are based around the same mechanics that requires a path to be traced through a maze route to an ending point without crossing over your path. It’s a familiar puzzle that often makes an appearance in most video games, albeit never as the sole puzzle mechanic. While this no doubt gets some repetitive when you have over 500 puzzles to attempt in The Witness the formula and method to which they’ve been created ensures no two puzzles are overly similar to each other. 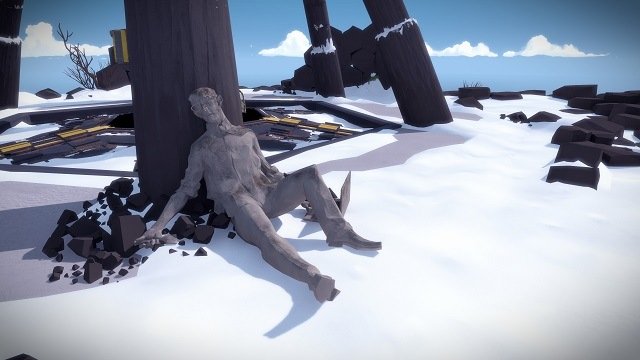 That being said The Witness is not solely about the puzzle experience and it is only when it is combined with the exploration of the island that you’ll want to tackle hundreds of these puzzles in a single game. Ultimately The Witness is an enjoyable exploration experience that makes great use of the above mentioned puzzle mechanic, turning a simple idea into an addicting and varied mechanic. With the breathtaking environments and intriguing audio sound bites it’s an island masterpiece.

This review was first published on September 20, 2016. Read our update policy to learn more.

Games Finder is a Steam Curator and featured in the aggregate review scores data of MobyGames and Neoseeker.
FEATURED ON
Games Like Dear Esther, Games Like Firewatch, Games Like Gone Home, Games Like Myst
LEAVE A REPLY Cancel Reply