The Wolf Among Us is one of Telltale Games popular episode interactive adventures split across 5 episodes. While not quite as popular as the larger franchise interactive adventure adaptations like Back To The Future, Borderlands and Walking Dead it’s still one of the fan favourite productions from the studio. Unfortunately, due to the shutdown of Telltale the planned sequel was never completed leaving The Wolf Among Us as the sole edition in the series. Drawing inspiration from Bill Willingham’s Fables comic book franchise the game launched on multiple platforms with a story intended to serve as a prequel while building out the canon of the fantasy world. 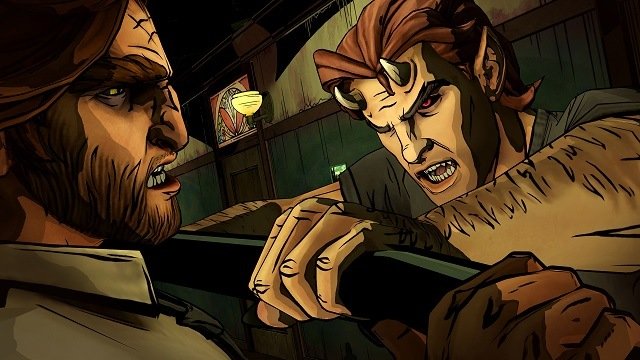 Set in 1986 the magical creatures of myth, legend and folklore find themselves being oppressed by a tyrant known as Adversary and in turn seeking a change of scenario. This change comes in the most unexpected of places with colonial America providing the perfect escape from the Adversary armies and the broader regime.

Fleeing to Fabletown is not an easy task though with the fleeing characters needing to hide themselves amongst the humans in their new setting with a magical enchantment. With the enchantment allowing these fables to appear human they can take up normal roles in Fabletown unseen. Alternatively those that don’t take the potion are sent to “The Farm” which offers a rural alternative. 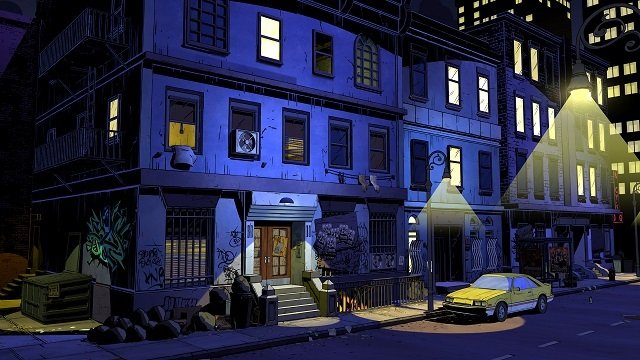 With this unique setting established your primary story point is that of the Big Bad Wolf who has taken over as the sheriff of Fabletown and thus a key player in keeping the community hidden. Not far behind him though is Snow White, Magic Mirror, Three Little Pigs, Beauty and The Beast offering a range of familiar fable faces.

The Wolf Among Us like many of the other Telltale titles is primarily a point and click adventure game where players control the ex-Big Bad Wolf (now Bigby Wolf). Gameplay is comparable to the wider genre with a focus on environment interaction and examination of objects and characters for story, plot, lore and hints to your next actions. 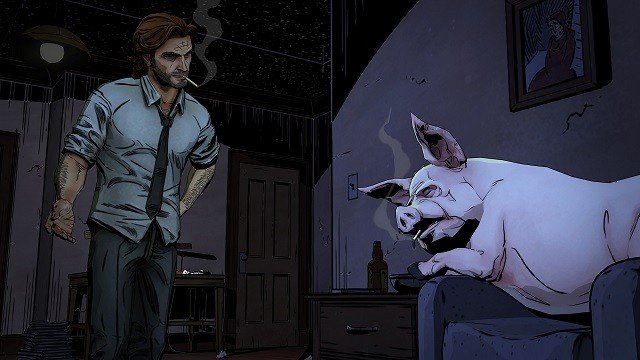 At key points in the story players will have the opportunity to make a decision by exploring the conversation trees and influence events further down the line allowing you to create your own story. With some dramatic shifts throughout the story you’ll likely get a few playthroughs from The Wolf Among Us especially if you like to explore all your available options.

To create some additional action orientated gameplay The Wolf Among Us also uses a number of quick time events which force players to respond quickly or lose a key character which will make the game restart at the most recent checkpoint. Alternatively some quick time events do not result in a restart and have a permanent impact on the game story that ripples long after the initial fumble. These mechanics encourage quick decisions and keep the story propelling forward at a strong pace.

This review was first published on August 16, 2014. Read our update policy to learn more.

Games Finder is a Steam Curator and featured in the aggregate review scores data of MobyGames and Neoseeker.
FEATURED ON
Games Like Beyond Two Souls, Games Like Emily Is Away, Games Like Heavy Rain, Games Like Life is Strange, Games Like The Walking Dead, Games Like Until Dawn
LEAVE A REPLY Cancel Reply

The Wolf Among Us