The World of Magic brings MMO fundamentals to the mobile arena with an iOS and Android title that is packed full of locations, quests and large scale battles. With millions of app installs and still a healthy community despite the 2010 original launch date The World of Magic offers a basic but addicting 2D MMO adventure. 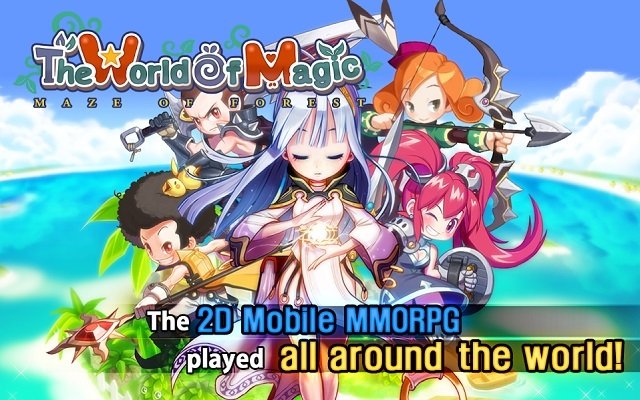 In an era where countless mobile games get released everyday few have been able to last long in the multiplayer realm, especially the MMORPG genre. The World of Magic though has bucked this trend while offering a fantasy MMO adventure with an underlying anime theme. In order to explore this world you’ll be able to step into the shoes of three typical classes that fill the roles of magical spell caster, the nimble archer and durable melee fighter respectively.

While you only have three choices here the depth and customisation comes from the skill trees which have multiple paths and build opportunities. The Magician skills for example feature attacks like Flame Shock, Freezing Trap, Poisoning, Light Healing, Teleport, Curse of Doom, Healing Wave and Fear amongst many diverse spells. Mean the Warrior has a range of swings, charges, slams, strikes, taunts and counterattacking abilities. Lastly, the ranger has skills like Thorns and Ensnare to trap enemies before unleashing a range of multishot and critical based attacks. 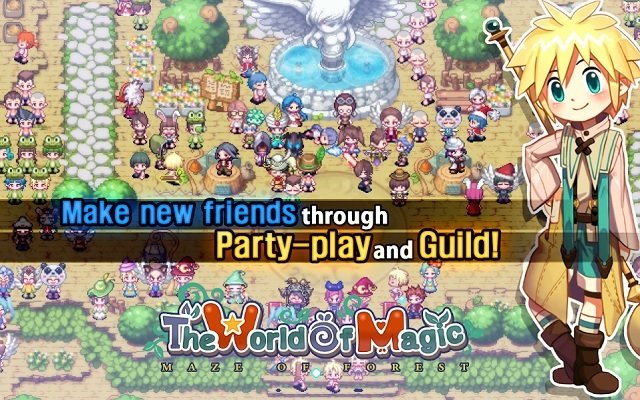 Basic visual customisation is also available in The World of Magic although most of this comes from later in the game through different item sets that alter your visual appearance. With 10 item slots (6 core and 4 accessory) available items offer plenty of visual and stat variety for those that love the min and max RPG aspects of a MMORPG.

Gameplay is similar to other simple action RPG that call mobile devices home with players moving their character with a simple on screen touch paid that allows 4 way movement across the anime like world. This is paired with a basic attack button and quick buttons that can be used for potions or the various skills for your class. 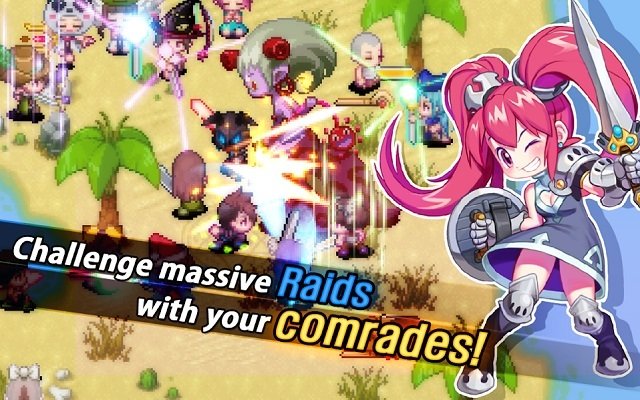 Combat is simple enough with players able to lock onto monsters and engage in combat which feels very natural and smooth, a difficult achievement on mobile devices in particular. Monster diversity is extremely high with all sorts of monster types from the basic monsters to mini-bosses and ultimate bosses that replicate some real world creatures like bats, boards, foxes and spiders. Each come with their own loot tables, zone location, attack types and level of aggression.

To top off The World of Magic experience you’ll find a reasonable fair free to play model that doesn’t create a pay to win scenario. Albeit there is definitely some paying opportunities through convenience consumables to bypass the grinding aspects of the game for those that would rather trade money than time for a leap in progression.

Games Finder is a Steam Curator and featured in the aggregate review scores data of MobyGames and Neoseeker.
FEATURED ON
Games Like Battle Camp, Games Like MapleStory, Games Like Zenonia
2 COMMENTS
LEAVE A REPLY Cancel Reply

The World of Magic