Therian Saga offers players an intriguing mixture of MMORPG and sandbox gameplay as players create their unique hero while exploring, fighting, crafting, farming, hunting and other activities in the vast medieval era world. Those seeking something different from their gaming adventure will no doubt be hooked on this turn based like RPG that almost feels like a Dungeons & Dragons quest. While originally available through the browser on release the game has since transitioned to a downloadable PC client and available on the Steam platform. 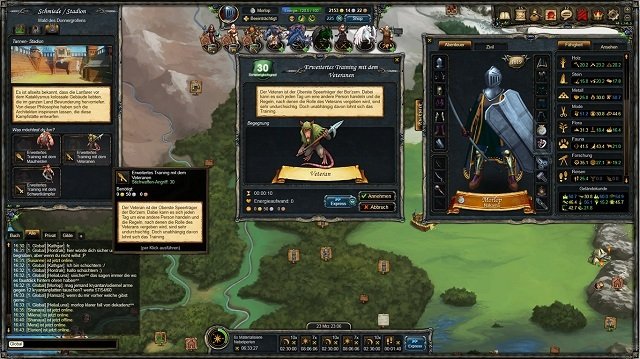 Set in the rich world of Myriaden that features five distinct territories known as Hope Island, Hawkoria, Lanfar, Norstria and Grimaldaz the world contains a range of plains, forest, mountain, swamp, desert, hill, sea, urban, cavern and snow locations to explore with your customisable character. With each of these locations having their own underlying story and units players are mostly set free onto this world which is governed by an underlying set of rules that are inspired by the D&D franchise given the math and random rolls that utilise. From the skill based systems, sandbox mechanics, traditional storytelling and complex crafting there is plenty to explore in Therian Saga and made even easier through support for asynchronous gameplay where your hero will continue to adventure without your presence.

With its sandbox style approach Therian Saga leaves plenty of choice in the hands of the player as you engage with the game elements that you prefer and in the way you prefer. Maybe you want to explore the rich world of Myriaden and get lost in the elaborate lore, story and quests the area has. Alternatively, players might wish to fight in the darkest dungeons for rare loot or become a master craftsman using the intricate crafting mechanics of the game. With your destiny entirely up to you and a wealth of content in front of you there are no limits to this MMORPG. 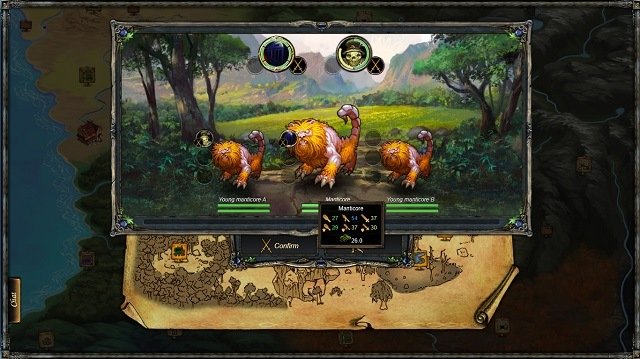 Therian Saga is a game of choices with players commanding their customisable hero with queues of actions which they will attempt to complete whether you’re in front of your computer or not. This makes the game a strategic and methodical experience as you carefully weigh up your chances for success against the potential rewards. It’s also ideal for those that can play sporadically and take comfort in knowing that your hero continues to make progress without your direct intervention. This isn’t to say that you can’t play Therian Saga actively though with live gameplay content for those times you want to actively engage with your hero and the game world.

Ideally as your characters slowly grow in strength and you begin to master the time managing mechanics you’ll be able to develop their skills in combat, improve their crafting abilities and amass some wealth along the way. Travel and combat will fill much of your time as players instruct their character to move to various locations across the beautiful game map and then perform actions at that location. This movement takes place in real time so planning ahead is ideal, characters will also have to meet certain terrain levels for the trip to be successful. 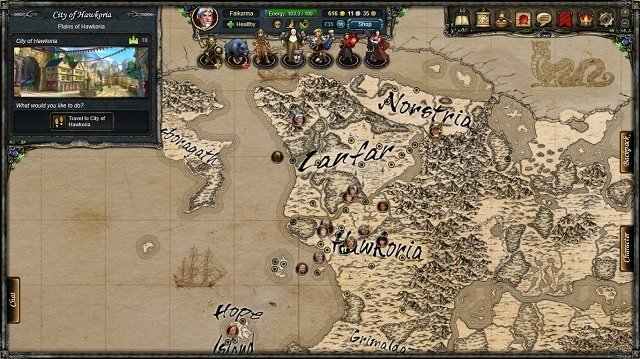 Many of these locations lead into the combat element of the game as players discover a dungeon and venture in to explore the depths. Combat is quite simple with a turn based approach that relies heavily on your equipment and potential companion to determine your chances of success. Crafting is the final piece to this puzzle and creates the endless loop you need in a MMO title and provides another avenue for character growth. With crafting you’ll turn the fruits of your labour into powerful equipment that will expand your horizons for more exploration where the cycle will repeat itself again and again.

Therian Saga is a mixed bag of goodies with charming gameplay that will have you feel like you’re inside your own role playing adventure. It’s slow pace definitely isn’t for everyone but with the ability to queue up tasks it’s ideal for both short and long time commitments.

This review was first published on July 12, 2015. Read our update policy to learn more.