Thief revives the classic Thief series with a 2014 release in this stealth based franchise that seeks to return gamers to the roots of the series with Garrett taking centre stage once again in this sneaky adventure. With the wealth of hardware improvements since the original classic you’ll be welcomed with a familiar adventure that proves far more immersive, challenging and ultimately engaging for the stealth player.

Just like the previous games in this Thief franchise you’ve got a dark fantasy setting to explore which draws inspiration from a variety of styles. Its part gothic, part steampunk and even part Victorian era which creates something unique and visually attractive that has you pausing as you sneak around the dark corners of the environment. This is a particularly good feature to have when players are waiting for guards to move away from your intended path which are generally sparse anyway. 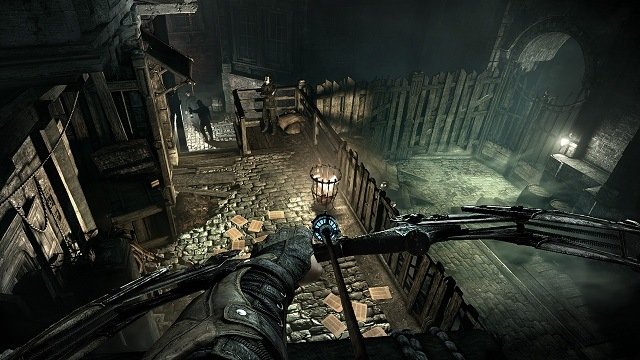 For supporting story structure you’ll be returning to your home town that you have been away from for some time, as is often the case in fantasy adventures the place you once called home is not what it used to be with the disparity between the rich and poor growing even more intense than you remember. Seeing this setting as an opportunistic thief you opt to take matters into your own hands and capitalise on the wealth of the rich in anyway possible while helping those less fortunate when the time arrives.

Thief delivers this experience by literally allowing you to steal anything that isn’t nailed down resulting in any fancy goblet, bracelet or coin purse being prime for picking on your way to the main objective for that particular level. Stealth is your main weapon in Thief although more direct combat does make sense in certain situations if you need to knock out a guard or remove them entirely and is catered for more so than past Thief adventures. You’ll also be armed with a bow which serves both combat and non-combat purposes. 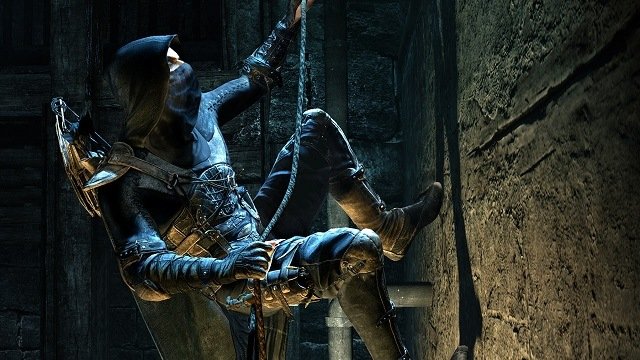 On the other side of the stolen coin you’ll find all the mechanics you need to stay safe with the ability to sneak, lean around corners, pick locks, look through key holes, pick pocket, put candles out and other actions that can help hide your presence and movement. Layering of these mechanics in Thief is done particularly well often requiring the player to rely on multiple mechanics to completely evade guard detection.

If you need an extra hand in your stealth endeavours Thief allows you to alter your own difficultly through a special focus mode that can be used as often or as little as players wish that highlights any important points of interest. If you’re a Thief veteran you won’t find yourself needing this mode too much but it helps newcomers to the series or stealth games in general get over the initial learning curve and understand the sort of stealth sequences you can expect to encounter. 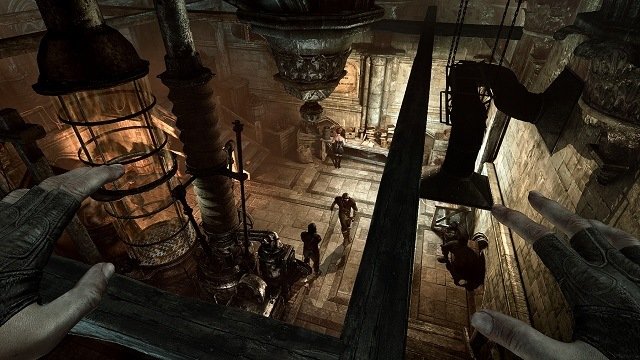 Thief (2014) does the series justice by providing a stealth based experience worthy of the name and quickly propels itself up there with modern stealth titles. While it doesn’t quite capture that some nostalgic feeling that is so difficult to reproduce it comes just close enough that you won’t be disappointed.

This review was first published on October 6, 2014. Read our update policy to learn more.