Thief: Deadly Shadows continues the high standard of stealth gameplay set by the previous games and was released in 2004 for Windows and the Xbox. 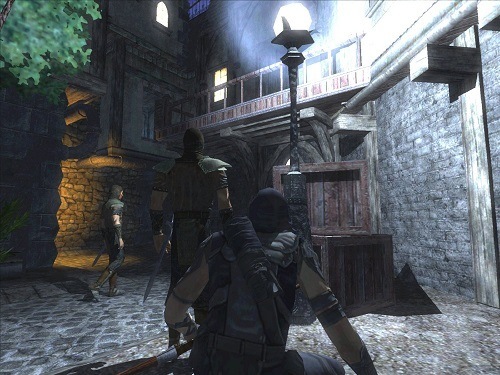 Garrett makes a return as the main protagonist and will have players once again stepping into the shoes of this master thief. The game is set in its own world which blends the Victorian era with medieval elements. Unlike previous games that had you jumping from mission to mission it is a much more involved game this time around, allowing exploration between missions to make the world feel more alive and realistic.

Players can control Garrett through both first and third person perspectives and most players will find themselves switching between the two regularly as both have their uses. Gameplay focuses mostly on sneaking around the game world with Garrett not having the combat finesse to beat many foes in a direct engagement.

To sneak you’ll have to rely on staying quiet and out of sight. If the need does arise for you to deal with a guard then a silent take down is generally necessary. Hiding the body of your crime is then recommended to prevent other guards being alerted to your presence. In addition to sneaking players can lockpick doors through a mini game to gain access to rooms and houses. 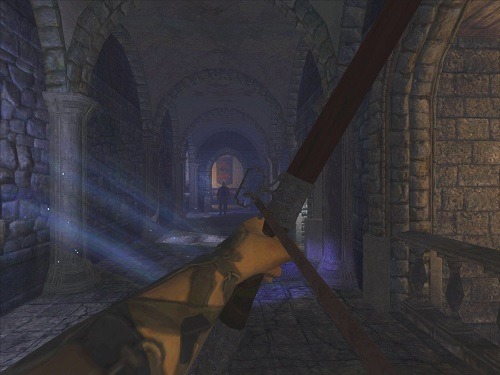 Your goal in Thief: Deadly Shadows is to steal a number of highly valued items but you are also able to steal from other civilians for extra loot, weapons and ammunition. Players can use this extra loot that they collect to visit shops in between the main missions to stock up on supplies.

Whether you’ve followed the Thief games from their inception or have yet to try out this stealth based series you’ll really like what the game has to offer, especially for fans of Assassin’s Creed which draws clear inspiration from Thief.