This Means WAR! takes the popular Clash of Clans formula, modernises the setting and adds some unique elements into the mix to create an impressive mobile strategy experience. From your mobile device you’ll be able to launch waves of troops and tanks to take on other players or advance through the campaign. 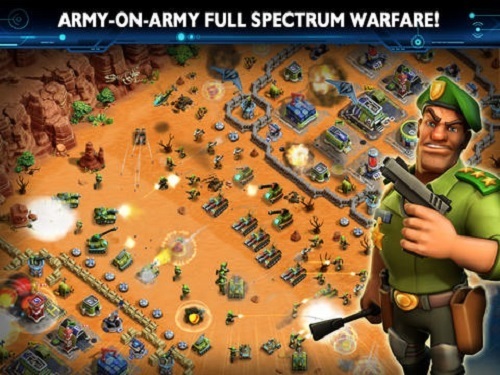 It’s a free to play game that has you building a defendable base and training an army with plenty of strategic depth along the way. Like many of the other games in this genre it’s a highly social driven experience with players able to team up with friends or challenge them instead.

With thousands of players you’ll never be short on other players to form an alliance or make long lasting enemies as you raid each other relentlessly for resources. With weekly tournaments encouraging alliances to constantly improve it’s a very vibrant multiplayer experience.

To separate itself from other games in this genre The Means WAR! introduces a few unique mechanics. The first of these is the battle line which controls where players can spawn their troops. While this starts far away from the enemy base as your units move forward so will the line, allowing troops that you deploy later in the fight able to instantly join the front lines. This line can also be pushed back though by the enemy which gives you a real sense of gaining ground. 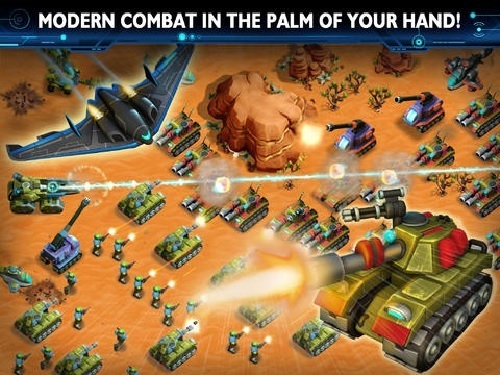 This ties into the second unique element of This Means WAR! where players are able to build infantry and vehicle bunkers that will automatically respawn troops for players to help in the defence of their base. This respawn element is also present when players are on the attacking side with fallen troops able to be redeployed after a certain amount of time.

With over a dozen types of troops, lengthy AI campaign to complete and very low wait times in comparison to other games This Means WAR! is sure to become a leader in the genre as it continues to grow.