Combining the action role playing genre of Diablo with a unique Japanese setting is Throne of Darkness, a game released by Sierra Entertainment in 2001 that lets you play as your own deadly samurai character. Exploring a setting not adventured before by the action RPG genre Throne of Darkness stands out in the genre for the medieval Japan story. 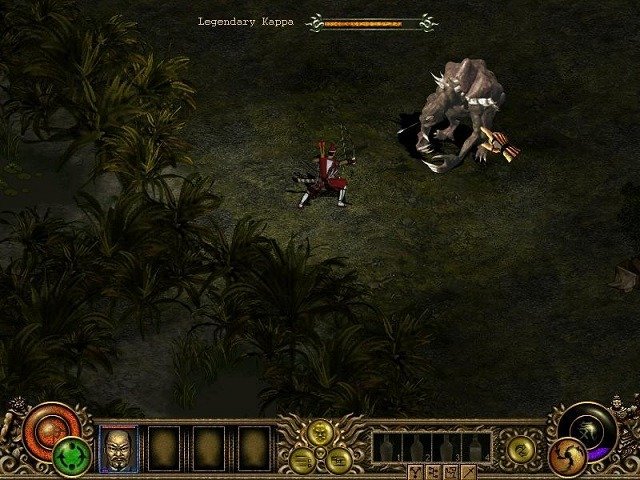 Set in Yamato Throne of Darkness places you in a world controlled by shogun Tsunayoshi who shares power with the leaders of the four clans. In order to seize complete control of Yamato and live forever Tsunayoshi turns himself into the Dark Warlord demon and then proceeds to destroy all the clan leaders and their armies but one survives along with seven of his most powerful samurai.

This is where the player comes in, being able to control up to four of the seven samurai in order to rid the world of Tsunayoshi and his new demonic form (while the AI controls the remaining 3). Players can also choose which clan survived the initial attack although this simply changes character names, their appearances and the order of progression rather than a significant gameplay impact. 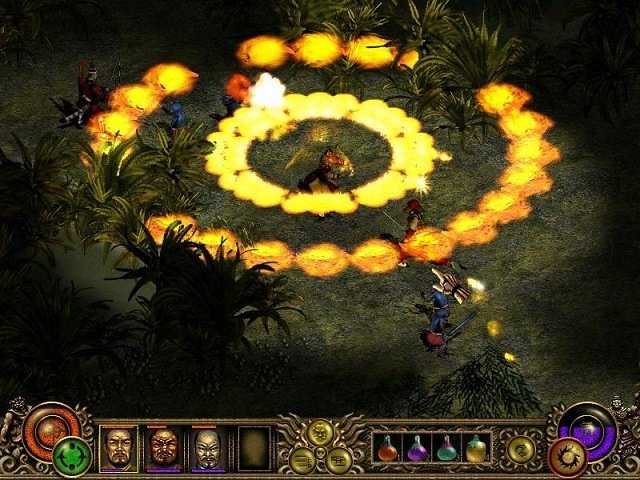 These seven samurai act as the games classes and have plenty of variety in them and when you consider the you can combine four of them into your team the options are endless. Samurai include the leader (average at everything), the archer (specialised at ranged weapons), the brick (an extremely strong polearm expert), the ninja (a rogue like character), the wizard (a spell user), the swordsman (master of the sword) and finally the berserker (capable of dealing with large groups).

The seven samurai system also serves the purpose of providing ample replay value as players create a team entirely of brutal melee fighters or instead support them with one or multiple ranged fighter behind the front lines. When balanced with the randomised loot elements of the action RPG genre Throne of Darkness offers just as much replay potential as other titles that rely on traditional solo class mechanics. 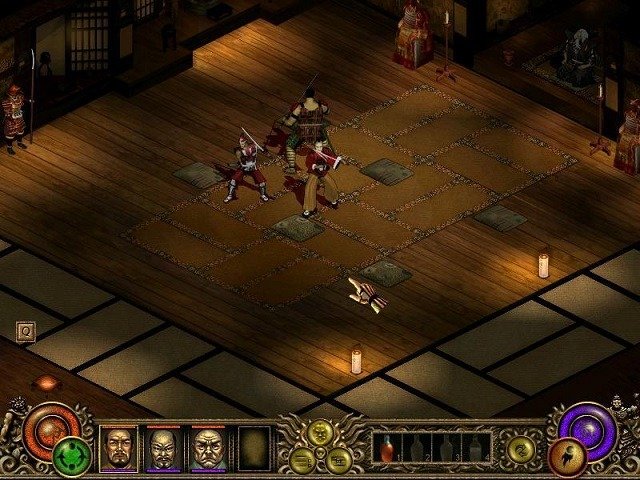 Each of these samurai will grow separately and require their own equipment to succeed in battle against the demonic forces ahead. With four different weapon types, five armour slots and four additional stat boosting slots there are plenty of items to collect from fallen foes and the various game vendors. With the Dungeon Siege style party mechanics filling all of these slots with high quality gear is also a journey in itself.

While not aging well from a graphic presentation perspective you can’t doubt the unique setting and multiple ways to build your party that Throne of Darkness offers and helps it stand out as a unique offering in the crowded action RPG genre.

Games Finder is a Steam Curator and featured in the aggregate review scores data of MobyGames and Neoseeker.
FEATURED ON
Games Like Diablo, Games Like Dungeon Siege, Games Like Path of Exile, Games Like Titan Quest
LEAVE A REPLY Cancel Reply