Throne: Kingdom at War has you playing as the Lord of a mighty kingdom as you take control of a strategy game with all the usual mechanics of the genre thrown in which gives you plenty of opportunity to grow your kingdom. Available in your web browser, Windows/Mac (with Plarium Play) and mobile (iOS/Android) Throne: Kingdom at War continues the growing collection of Plarium strategy titles with familiar game mechanics. 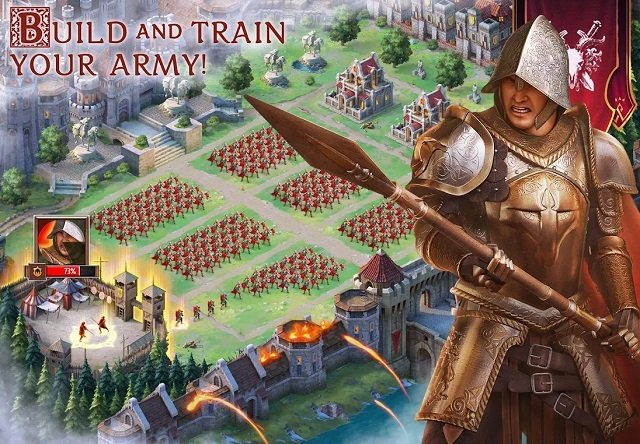 Most comparable to Game of War: Fire Age Plarium has opted for a game that definitely was designed with mobile in mind although browser and Windows/Mac players will still be treated to the high quality UI and design of other Plarium titles. It all starts in fairly familiar territory too with players being guided through building up their city and subsequently step into the shoes of a warlord in the first battle that you’ll face. This basic tutorial quickly shifts to giving players full control where you’ll likely live and die by the decisions you make during the city management and combat sequences.

Upgrading buildings, raiding for resources and improving your overall kingdom then takes the front seat as it does typically in this strategy genre. All of this is done with the touch of a few buttons with multiple ways to pursue this growth which can help stave off the repetitiveness for a decent length of time and see you reach the mid game without too much trouble. A large range of quests further helps offset this and provides that guiding hand over your kingdom growth. With the UI designed clearly for a mobile audience every action you’ll take in Throne: Kingdom at War is only a few clicks or taps away to save overall management time. 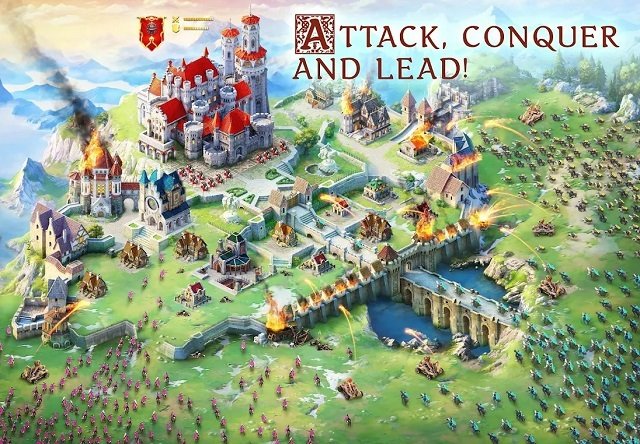 Speaking of time Throne: Kingdom at War does allow you to skip timers when they reach a low point, allowing you to blitz through the early gameplay and avoid those moments where you logon and are just short of being able to do everything you want. It’s a nice touch but don’t expect this to counter wait times completely particularly beyond the initial buildings where the game shifts to a waiting or paying game which is not unlike others in the genre.

In between this progression Throne: Kingdom at War has a wealth of mechanics that all have their own depth to explore. One of these that is repeated in a number of forms is locating enemies to attack in the overworld for rewards by sending your army or hero to that location. For example Assailants and their camps will pop up from time to time outside your kingdom looking for invasion opportunities. Fighting these when they appear can be a profitable adventure and allows your hero to require special materials to take into the crafting side of the game amongst other rewards. 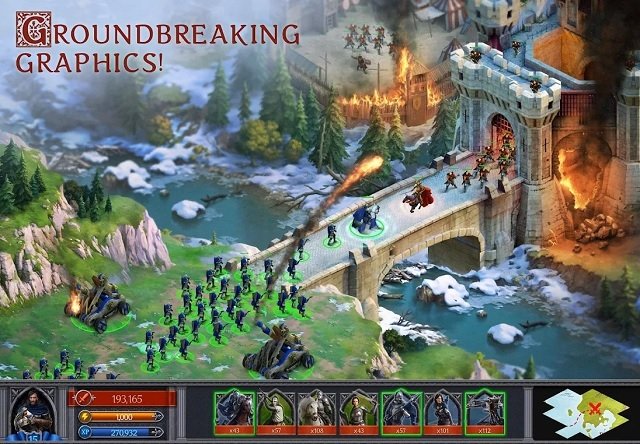 With the ability to craft helmets, armour, weapons, shields and talisman for your hero they are a formidable element of your broader army in Throne: Kingdom at War. This pairs with the skill system that lets you focus the strengths of your hero towards combat or economy and gives another layer to the core strategy management. The hero is not the only important unit at your disposal though and depending on the content you’ll be able to also utilise ranged, spearman, knights, cavalry and siege that have bonuses against each other.

End game in Throne: Kingdom at War is delivered in the usual fashion with a robust guild system (referred to as Order) which helps also give that game that social world feel and gives you plenty of large scale fights to participate in and give purpose to your thriving kingdom progress.