Tibia is one of the oldest games in the MMORPG genre and has been online since 1997. Despite newer games competing in the same space Tibia continues to slowly grow thanks to its solid gameplay foundations. 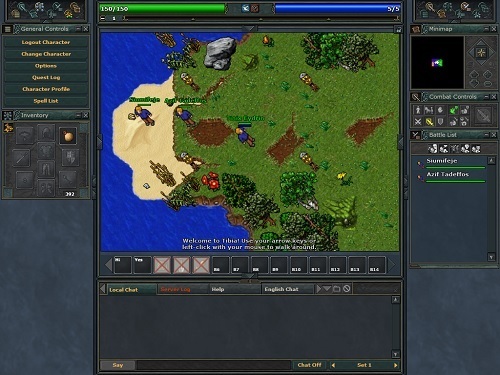 The game uses 2D graphics and has many features that hardcore MMORPG fans will enjoy. The game is still popular amongst casual gamers though with tens of thousands of players online at any time. The game also adheres to a vicious update cycle ensuring there is always new content to experience.

Tibia also pushes PvP gameplay with most servers featuring open PvP where you can attack or be attacked at any time. Tibia even includes unique hardcore PvP servers that actually reward players for PvP kills making for a very exciting MMORPG experience. Of course for players who don’t enjoy the thrill of PvP there are optional PvP servers. 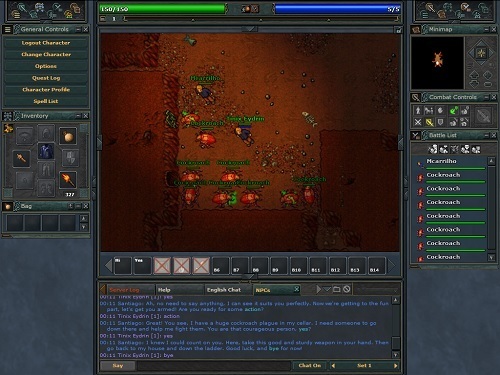 Once you’ve started your account on Tibia you will start out on the Rookgaar Island (a rookie island). Upon reaching level 8 you will travel to the Island of Destiny to choose one of the available vocations (Knight, Paladins, Sorcerers and Druids). Each of these vocations comes with their own distinct gameplay style and varying degrees of magical ability.

While some players might be turned off by the dated graphics of Tibia before giving it a chance players that try it out are likely to be hooked on what is a quality browser based MMORPG experience.

Games Finder is a Steam Curator and featured in the aggregate review scores data of MobyGames and Neoseeker.
FEATURED ON
Games Like Ragnarok Online, Games Like RuneScape
LEAVE A REPLY Cancel Reply