Tiny Defense is available for the iOS platform and combines tower defence strategy with a 2D playing field with an experience similar to the critically acclaimed Plants vs Zombies franchise. Tiny Defense is a port of the PC title with the same gameplay known as Mini Robot Wars. 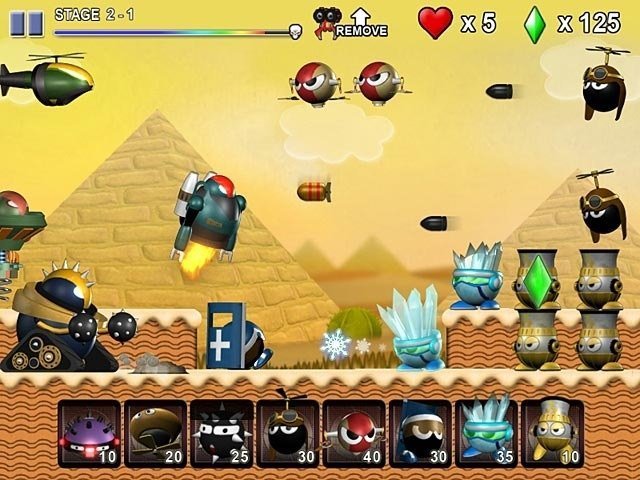 Set in the once peaceful and beautiful Green Planet where a race of mechanical life forms known as the Minirobots call home Tiny Defense takes players on a journey of planet defence and rescue missions after one day the planet comes under siege from a robot army known only as The Machines. While these Machines are a similar artificial lifeform they are more aggressive and are intent on claiming the wonderful Green Planet world for themselves. The Minirobots aren’t giving up without a fight though and you are put in charge of ensuring the defence of the planet and rescuing your buddies that have already been captured through the vast campaign based levels.

Accordingly in Tiny Defense you have control over a wide variety of Minirobots that each have their own unique use on the battlefield and thus useful in different situations. From the basic gunner bot who is your staple military unit to the likes of freezer bot and warrior bot who have more specific uses for freezing enemies or being a durable front line respectively. All up there are well over two dozen varieties to develop your own Tiny Defense strategy. 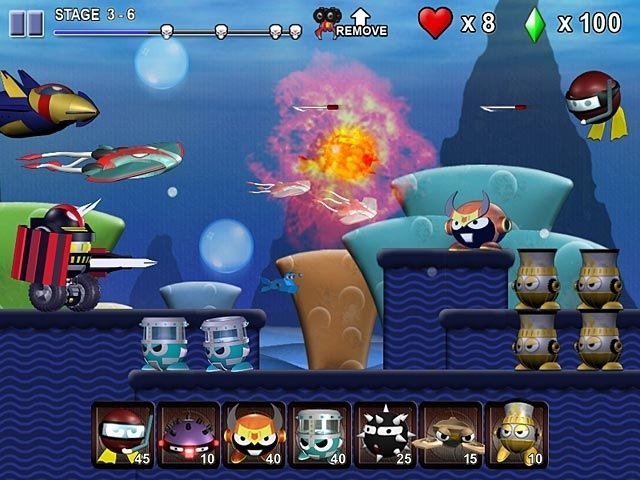 Some of this variation comes in the form of upgraded unit variants that are unlocked in the later stages of the campaign while an extra layer is offered through the upgrade system. This upgrade system allows players to boost the stats and usability of units with tough decisions on where to spend your limited upgrade resources. Unfortunately while the units are diverse and support a range of strategies as you progress further down upgrade trees it can be difficult to pivot to a different strategy due to the sunk cost in unit upgrades.

Just like other games in the genre Tiny Defense breaks up the defence focused gameplay with a number of mini games that all offer something a little different and break up the otherwise similar levels in the core game. These mini games are also used as a fantastic way to introduce some added story and context to your broader adventure which spawns over 3 story episodes, 5 game areas and 150 levels. Each area has its own challenges with the likes of land, water and air requiring specific bots to be placed or the environmental hazards such as high winds that can blow your Minirobots off a glacier completely. 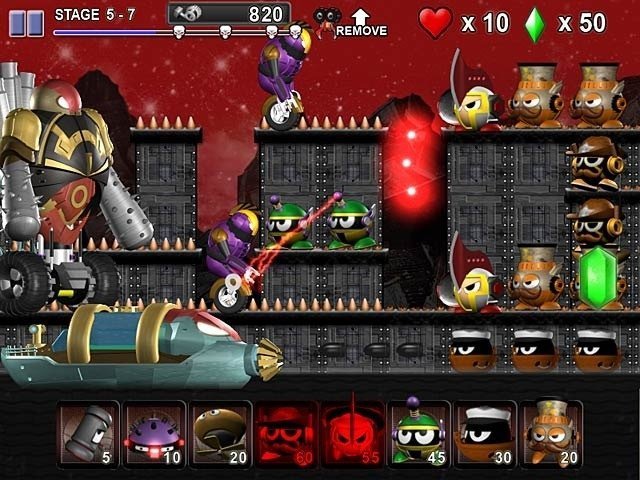 With an unlock and achievement system also in place Tiny Defense is always giving you something to aim for as you trek through the adventure. At first glance you might just pass Tiny Defense off as a simple tower defence experience but Picsoft has really produced a real hidden gem in the genre for both iOS and PC (Mini Robot Wars).

This review was first published on November 15, 2014. Read our update policy to learn more.

Games Finder is a Steam Curator and featured in the aggregate review scores data of MobyGames and Neoseeker.
FEATURED ON
Games Like Plants vs Zombies
1 COMMENTS
LEAVE A REPLY Cancel Reply