Titan Quest is a popular action role-playing game published by THQ and is available for Windows. The game was released in 2006 with an expansion pack (Immortal Throne) released in 2007 that improved many of the core game features with 2018 releases across modern platforms. 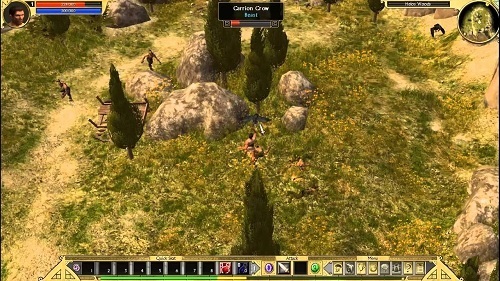 If after reading this brief overview of Titan Quest you decide it is an action RPG you would like to experience I strongly recommend grabbing the Titan Quest Gold edition (available on Amazon and Steam) which comes with the original game and expansion pack in a convenient and well priced bundle.

In Titan Quest you take on the role of a hero in a historical setting. The game mostly has players exploring the ancient worlds of Egypt and Greece but does also incorporate some Asian aspects into the game setting. Despite the age of the game it is definitely not short on features with day/night cycles, beautifully rendered 3D graphics and numerous lighting effects that help bring the era to life.

The gameplay of Titan Quest stays very true to Diablo 2 (released 7 years earlier) and has even been criticised as being too much of a Diablo clone. 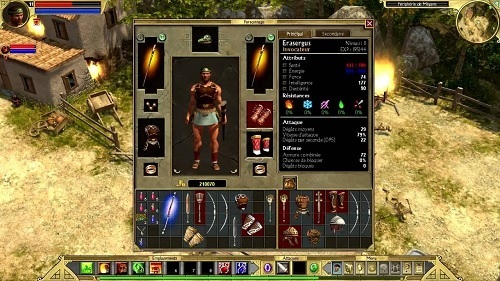 While the game doesn’t try to innovate the action RPG genre it is definitely a well polished Diablo style experience that will have you adventuring through a mostly linear storyline, slaying endless monsters, assigning skills and collecting loot.

Titan Quest also offers multiplayer features for online or LAN play and uniquely offers a map editor that allows users to create their own maps, mods and quests which allows players to access extra user generated content to expand the core gameplay (if you wish).