Revisiting the Titanfall universe with Titanfall 2 players can experience the game in both single player and multplayer as they once again command a massive mech on the field of battle. 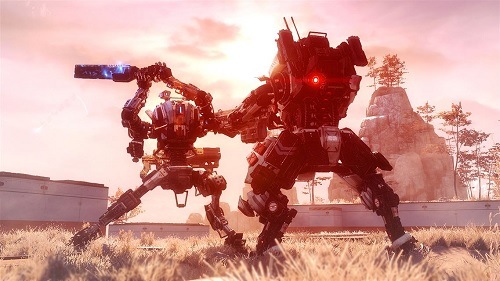 For this adventure Titanfall 2 is set in a region of space far from the core planet systems that Earth belongs to. In this region known as the The Frontier war has broken out between the IMC who wants control over the mineral resources in the region and the Frontier Militia that want their independence of the IMC. In single player your campaign role will be that of Jack Cooper, a rifleman in the Militia who seeks to become a Titan Pilot.

Titanfall 2 adopts similar gameplay fundamentals to that of the original game with players engaging in first person shooting mechanics that are paired with powerful Titan mechs that give pilots a range of abilities. While these titans are large hulking machines the pilots within can be incredibly mobile with the ability to run along walls, perform massive double jumps and other parkour abilities.

Building on the original Titanfall there are a number of new mechanics at play while not inside a Titan with the abilities to reveal enemy locations, holographic duplicates and a grappling hook to quickly move around terrain. In turn with these gadgets an array of the usual weapons displayed in shooters are also available with the likes of shotguns, machine guns, pistols and explosive grenades. 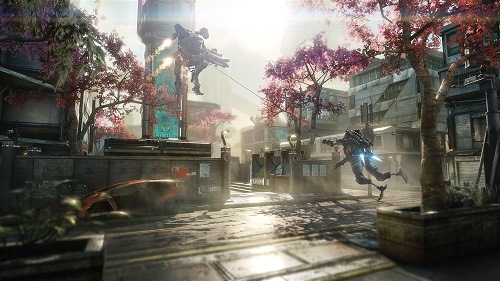 Titans on the other hand are more slow and less agile but pack significantly more firepower. This time around there are seven new Titan designs that have their own speciality on the battlefield such as long range attacks, flying abilities, miniguns and more. Just like the first Titanfall few games can compare the feeling of jumping into a powerful mech in the various multiplayer game modes as you use it to lead your team to victory and counter other Titans on the field.

With the addition of single player to an already great franchise there is more Titanfall content to enjoy although it’s launch at a saturated time may make it difficult to secure a long term multiplayer audience.