Tokyo Jungle lets players take control of several different animals in an urban city environment inspired by Tokyo. The game is focused on survival requiring players to avoid predators and catch food while also unravelling the mysterious disappearance of the human race. Offering over 50 different animals species as playable characters your predators and food sources vary dramatically and have a direct impact on survival strategy. 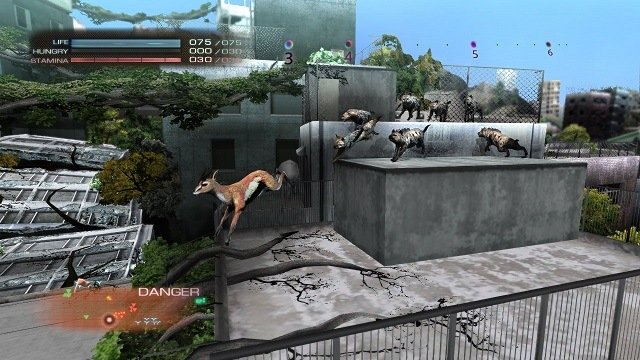 Tokyo Jungle is set in a modern day world where the human race has disappeared from existence for some time and allowed animals to take over the urban areas in addition to nature reclaiming vast amounts of land. As the name suggests the game is set in Tokyo and features a mixture of home grown pets along with more jungle type animals that have invaded the city now that humans no longer inhabit the dense urbanised area.

Tokyo Jungle splits gameplay into two separate modes and also features a lengthy tutorial that helps familiarise players with the large range of mechanics in the game which do vary somewhat between animal selection. The main (story) mode follows the player as they take control of a number of animals and complete story related missions to unlock the truth of the human race disappearing slowly uncovering clues about how and when things began to unravel. 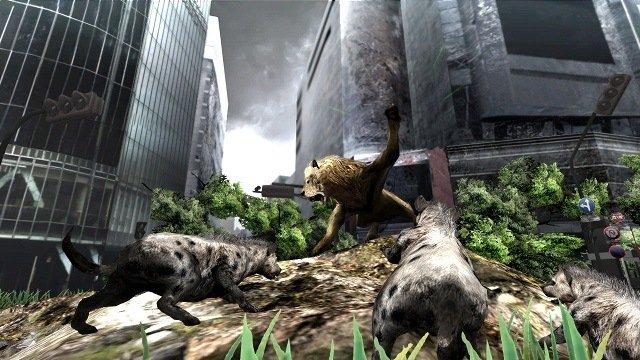 In the story mode players get the opportunity to control various dog species, lions, hyenas and a deer which each require a different style of gameplay to be used. This is most dramatic between the top of the tree predators like the lion who is able to roam and be aggressive in hunting food while the herbivore deer must focus more on avoiding confrontation while being able to survive on the food available in grassy areas.

As an alternative mode to the story Tokyo Jungle includes a survival mode which challenges players (or a team of players) to choose an animal from the broader pool of 50 and survive as long as possible against the harsh urban jungle environment. The gameplay in this mode is more centred on building up a pack of animals to increase your chance of survival and allows smaller animals to take on larger animals with a chance of success because of this mechanic. Broadly all of these are split between predators such as cats, dogs, wolves, bears, tigers and the grazers of rabbits, pigs, zebras and elephants. 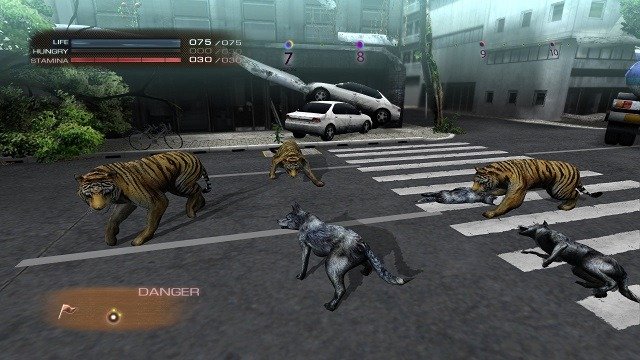 Tokyo Jungle is a unique animal based adventure and ideal for those that want to get behind the eyes of an everyday or exotic animal and attempt to survive in the urban jungle of Tokyo.

This review was first published on June 20, 2013. Read our update policy to learn more.

Games Finder is a Steam Curator and featured in the aggregate review scores data of MobyGames and Neoseeker.
FEATURED ON
Games Like FeralHeart, Games Like WolfQuest
LEAVE A REPLY Cancel Reply