Tom Clancy’s EndWar achieves what few games before it have managed, offer a quality RTS experience on a console. Achieving this through voice commands EndWar is a unique and fun strategy title. 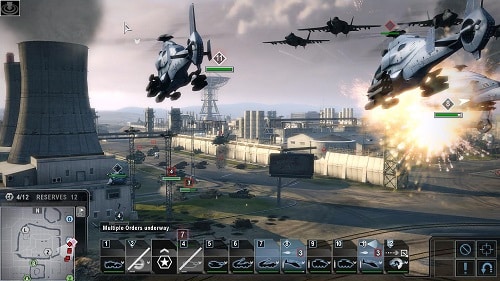 Released on Windows, PlayStation 3 and Xbox 360 the game is all about the real time commands that you issue to your team. While the game is also available on Nintendo DS and PSP these platforms feature turn based tactics gameplay instead. For a Tom Clancy title the game is weaker on story than other games with the Tom Clancy name attached with this RTS opting to instead lean on the multiplayer environment to offer you the majority of context, with its faction based warfare that alters the game map based on the battle results for that day.

Set in 2016 a nuclear attack in Saudi Arabia has crippled the world oil supply, plunging it into chaos. The aftermath results in the United States, European Union and Russia fighting an arms race to secure the future of their nation. Central to this is the powerful anti-ballistic missile system which prevents missile launches against those in control of the system. This struggle triggers the events of World War III where players can choose their faction to overtake the world, made up of 28 individual battlefields.

Gameplay takes place on these fairly large battlefields which feature a number of key capture points. While large these maps focus more on smaller unit engagements as players command their units to capture these objectives through their controller, mouse or voice. Units include infantry, vehicles and aircraft which all counter each other in different ways to capture the classic rock-paper-scissors formula. These units fall into one of seven categories and are mostly homogeneous across factions although the factions each have their own preference. The European Federation for example has faster units at the cost of armour while Russia focuses on heavy armour and the United States having more stealth and robotics at their disposal.

Units can be improved beyond their base strength if players can keep them alive for several missions through the level up system which grants veteran units extra statistics as they gain experience on the battlefield. Upgrades to your favourite units are also available which utilises an in game currency earned throughout your missions. allowing players plenty of control over their battalion. 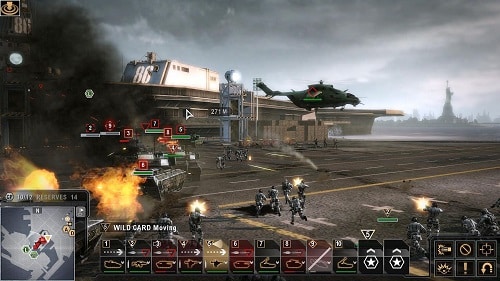 This upgrade system also expands to mission support functions which can be called in when players need an extra boost on the battlefield. This includes an air strike to damage enemy units, an EMP that can immobilise enemies or reveal hidden units and a recon move that sends in some basic units to a selected location.

Tom Clancy’s EndWar is best played on the consoles it was designed for while making use of the very usable voice controls. The robust upgrade and level up systems create a great connection between you and your units which ensures plenty of tense moments.

This review was first published on April 28, 2014. Read our update policy to learn more.

Games Finder is a Steam Curator and featured in the aggregate review scores data of MobyGames and Neoseeker.
FEATURED ON
Games Like Company of Heroes, Games Like Halo Wars, Games Like Total War
LEAVE A REPLY Cancel Reply